Ukraine: a bridge too far 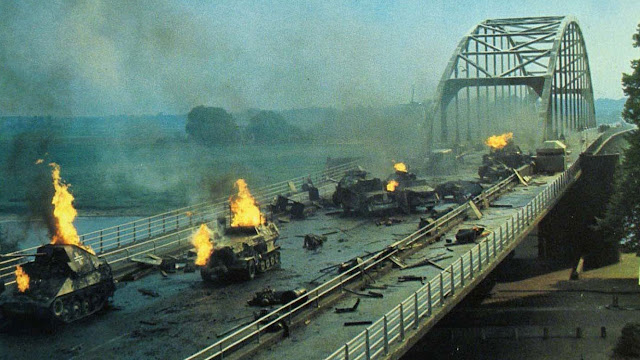 Rarely am I in a place where I don't quite know my own mind on something. One thing I dislike about our media is the propensity to dip in and out of subjects without any continuity and expect to be able to report something in substantive detail when it crops up again. Hence why when something becomes a thing, I keep an eye on it. One thing that won't go away any time soon is the vexed question of Ukraine.

It's fashionable in the SW1 claque to blame everything on Putin and even mainstream Tories praise the EU for "consolidating democracy" and making Eastern Europe wealthier. The problem is that I don't trust them. These are the same ilk who wilfully took Greece into the Euro knowing what shape it was in.

On the one hand we have a narrative that Ukraine is very much a western looking country who see the wealth of the West and want a piece of that, but on the other hand I'm getting sporadic reports that the local elections in Ukraine, to which the EU may send observers, may produce results that make it impossible for the central government to function, with it being a referendum on the sudden change of government. This however, is coming from Ukrainian media, which isn't trustworthy on any spectrum. For any point of view you pick out you can find a plausibly qualified opinion on it it - and journalists and academics are rarely impartial on the matter. They tend to be political activists.

With Ukraine we're still looking at a country with strong cultural and economic ties to Russia, and as I understand it, Russia is still Ukraine's main trading partner. Sanctions on Russia hurt Ukraine as much as anyone. What we're seeing is the West moving in rapidly to sever all those links, and open up markets to the West. What this means in practice is EU anti-protectionism measures which effectively tell Ukraine to privatise everything.

In a more mature state that would perhaps be no bad thing, but as we saw with Poland, what that amounts to in practice is corporate gouging, and massive corruption. While Poland's agricultural notionally complies with EU rules, in practice the fraud and corruption in enforcing standards makes it Europe's grubby back yard, and nobody is going to complain while Polish produce remains cheap.

What makes the EU fairly successful in modernising economies is regularly prosecuting and bringing governments to court over such matters. In Poland, this has not happened, and as you might expect, whatever benefits there have been, the corporates who have moved in on Polish agriculture pay little or no tax.

This has caused a wave of protest within Poland, not least with smaller farms being denied export permission due to a, shall we say, asymmetric inspection and compliance regime. Now if this is true for Poland, god alone knows what awaits with Ukraine which is both culturally and politically divided, and certainly untrusting of the West given Russia's own experiences with selling off state owned assets. The same corruption doubtlessly exists.

It seems once again the EU is moving too soon and too fast, at the worst possible time, removing any chance of improving state owned services for the good of the people and effectively being kept afloat by remittances from an exodus of Ukrainian youth - and large bailouts dressed up as EU aid. And this is without mention of Ukraine/Russian energy arrangements.

I also worry that the EU will be just as keen to push gay rights and abortion rights on what is still a deeply religious country and such an issue could split Ukraine, with Putin marketing himself as being the guardian of socially conservative values. The EU will do what Obama has been warned against in Kenya.

Far from "consolidating democracy" it looks very much to me like EU and corporate imperialism dressed up as soft western liberalism. This is a notion that the London and Brussels groupthink cannot entertain. In their own eyes they are the democratic saviours of the primitive east, rescuing the little people from the clutches of Putin. To suggest otherwise invites accusations of being a Putin sympathiser. That is the defence mechanism of the SW1 groupthink. It is an impenetrable bubble that cannot entertain ideas different from their own - and such is considered both impolite and offensive. It is not difficult to see how governments sleep walk into avoidable wars. Unless an opinion has prestige of office or institution then it is unfashionable.

This is not to say I don't want to see Eastern Europe looking West and enjoying the benefits of the single market and free movement - but as with everything in the EU, access to such comes at a price. Because Switzerland has chosen to retain sovereignty over its immigration and border policy, the EU freezes it out of aspects of Erasmus and other R&D programmes, with Greece it's a conform or die ultimatum and with Poland it was land reform. What the price will be for Ukraine I don't know, but there is always a price and when pushed on a nation at war with itself, this does not seem like a very good idea to me.

It's clear that the EU did not do enough to pressure Greece into cleaning up its own act, there is scant evidence of it happening in Poland and there is zero chance of it occurring in Ukraine. I think we're about to see a firesale of Ukrainian assets, with some going to Russian interests at the lowest price. It will be sold off without consultation or mandate - on the EU's say so.

The problem here is that Poland is undeniably richer for EU membership, and the lack of actual democracy doesn't seem to cause much of a stir while it is a benign managerialism, where the adverse effects are mainly felt in the rural outbacks. This is why warnings go unheeded that Ukraine may well be a bridge too far.
Posted by Pete North at 19:28