Alan Johnson doesn't know much about the EU 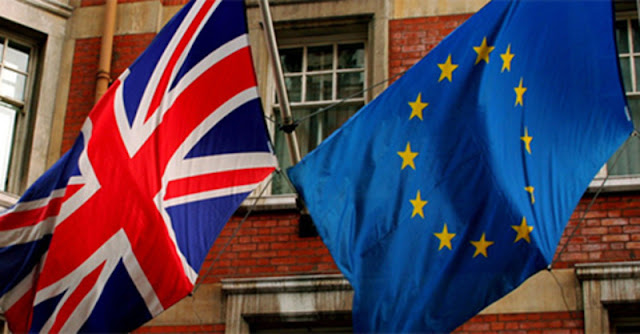 Alan Johnson has written a superficial piece of fluff in the Guardian. It's a sentimentalist screed based his naive perception of what the EU is. He concludes that "The European Union is simply a place we have built where we can manage our interdependence. It was developed because the peoples of Europe recognised one value above all else – a value that we need today perhaps more than ever, not only to restore Greece to its rightful place in our European family but also to preserve Britain’s. Happily it is the most important value of the left: it’s called solidarity."

This is factually and historically wrong. The EU from inception was a zealot's vision; that Europe's peoples could not be trusted to run their own affairs without going to war and so must have their democracy salami sliced so as to create a federal Europe. It was done by deception. Johnson urgently needs a history lesson. The notion that the EU in any way demonstrates solidarity ought to raise a few eyebrows, but that's something we'll go into another time. What's more important is that Johnson doesn't have the first idea what he's talking about from a technical perspective either. In his imagination the EU is "a place" where Europe comes together to solve its problems. It is nothing of the sort.

These bodies are comprised of governments, lobbyists, corporates and NGO's - largely accountable to nobody - so to use his words, it very much is a "grand corporatist conspiracy" - especially if you examine TTIP in any detail. And if you oppose TTIP on those grounds then it is not logical to be pro-EU at all. Corporates making the rules with little or no accountability is exactly what we have now.

Far from being a forum, it is a rubber stamping chamber for that which has already been decided at the global level, where we have no independent power of veto as an EU member. (Trade is an exclusive competence of the EU).  Europhiles insist that we don't have the clout without the EU but in reality sovereignty pooling leads to collective impotence, dilution and indecision - meaning nobody gets a good deal. In most respects the EU is an obsolete middleman and this whole debate completely ignores the march of globalisation.

I think most politically active people have heard of the OECD in passing, but couldn't tell you precisely what it is and what it does. And if that is true of the OECD then that is certainly true of the UNECE. I knew they were big but until recently I had little or no idea of the scale of their activities globally - and just how pivotal they are to international trade and development.

In many respect the UNECE is not just the standards body for global trade. It IS the single market. It has standing agreements lodged at the WTO with partners like IATA and the IFA and nation states. That's how it works now. Trade agreements do not happen between nations and blocs as they once did. That takes years and the process often fails. Instead it has all moved up a tier where trade talks are conducted between non-state actors which are barely visible to the public.

This is a key issue in that these organisations are not democratically accountable and this is where we need MUCH more scrutiny. I'd say a primary reason for leaving the EU is to increase their visibility and shorten the chain of accountability. As long as globalisation is done via the EU it lacks visibility and transparency. Moreover, we want our parliament to have the final say and not the mouth-breathers we end up with as MEPs. We're not just outvoted in the EU. We're systemically outnumbered. It can't be democracy by definition if the power does not reside with the people.

The world is shifting to an increasingly inter-governmental model, working through all these international bodies instead of supranationalism - and in most respects the EU is redundant. It's an anachronism belonging to the last century. Johnson is making twenty year old arguments that simply aren't relevant to the global scene we have today. He is a dinosaur and we have become an introspective "little Europe" because of men like him. The debate has long overtaken Johnson's stunted perceptions - and a man who displays such an astonishing ignorance of what it is, how it works and what it wants to be is in no position to tell us where our future lies.
Posted by Pete North at 04:02