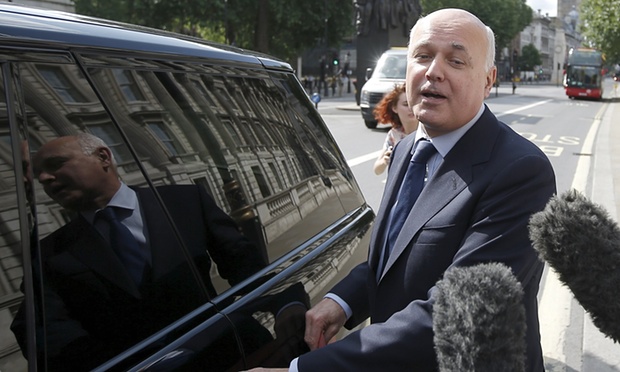 David Cameron is prepared to look at making workers pay into flexible saving accounts to fund their own sick pay or unemployment benefits, Downing Street has confirmed. The idea was first floated by Iain Duncan Smith, the work and pensions secretary, who said he was “very keen” to have a debate about encouraging people to use personal accounts to save for unemployment or illness, even though it is not official government policy.

This will be funny. We'll get to see the left in full hyperventilation mode - completely ignorant of their own history. After World War 2, the government had little idea how to run a welfare state and so consulted a great many private and non-profit enterprises. One of the architects was a friendly society called National Friendly, which still exists today as a private health insurer.

Unlike normal insurance companies, it has members rather than shareholders who each manage their own deposit accounts that can be used either as savings or as sick pay or even to cover the cost of treatment. It's practically unheard of as a mechanism which makes it unique in the modern insurance market but it's a product they offer which hasn't deviated much from its original design for about a hundred years. It did well not to be nationalised by the state at the birth of the NHS because it worked so well. Even now, it's a decent company - apart from one or two shady marketing practices.

It was this mechanism that was eventually copied but sadly turned into what we now laughingly know as National Insurance. Such cover from a friendly society is surprisingly affordable - less than I have ever paid for NI in a month. Not only can it work - it does work, and because they tend to be smaller operations there is competition between them, but also far less opportunity for fraud and corruption - unlike the government ponzi scheme we have now which is totally unfunded.

That said, it is only effective up to a point, and have argued elsewhere that it wouldn't now function without a basic fallback level of state provision that deals with the less predictable healthcare costs - but have argued these should be university hospitals funded entirely by student fees, working especially hard to become the global leader in medical training.
Posted by Pete North at 21:24