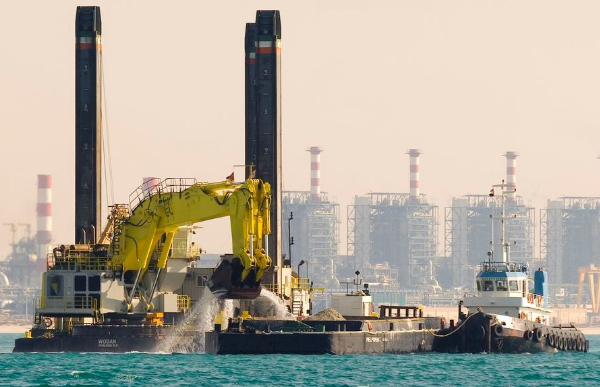 I'm not actually surprised we have such a shallow political debate in the UK. As much as I like to complain about "the media" I sometimes forget that Google is a big part of that media. As some of you will be aware, I've been looking into technical barriers to trade just recently. My central case being that free trade agreements (FTA) don't matter a damn if the ports are so decrepit that goods don't make it to their destination in tact. If you don't address this then there won't be trade growth with or without an FTA.


My case study was Lagos in Nigeria. It's not good. I put that subject to bed in a longwinded blog post last week. But then today I saw that the privatisation of Greek ports was back on the table and decided to investigate to see if the same corruption and lack of maintenance existed there. It does. And this is supposedly a modern EU single market contender.

The thing is, as you start seeking out more arcane points of detail, Google becomes less useful. Ever since the Somerset floods I've taken a keen interest in the subject of dredging. As much as it's essential to keeping our rivers flowing, it is also of major global significance in keeping ports and shipping lanes open. If it isn't done, the time a ship can spend in a port is reduced as it must go with the tides. It matters a lot and is key to understanding global trade issues.

If I enter key terms into Google suchas "Greece dredging neglect", at least half of the results return British mainstream media results, mainly from the UK, and mainly concerning Somerset. Curiously, no blogspot pages ever show up on my search results.

What this tells me is the algorithms for search refinement are very much tailored to the myopic British media market where brand prestige is given greater weighting than search term accuracy. This is the gardenwalling of the internet we were warned about whereby the mainstream media still maintains its grip on the media message. I went to duckduckgo.com, a lesser known engine that doesn't track user behaviour and found that not only were search results more helpful, they did in fact return articles I have written.

This is how alternative points of view are now excluded from popular discourse. To most Google is now the whole of the internet with licenced voices permitted on it according to what they pay. This to my mind is the very antithesis of what we hoped the internet would be. Google is effectively the new BBC. It owns and controls the message because out of convenience we are collectively hooked on it - not least because of the miraculous stuff it gives us for free. It will be a tough habit to break.

One that surprised me in all this though. I was assuming British ports would be the one thing this island nation could manage not to screw up. But of course, as trade is part of a global chain, delays over there mean delays over here. And with a 9% increase in Asian imports, we're going to need at least two new deep water ports in the south in the not too distant future.

And when do you ever hear a thing about this in the media? Neh-hever. Yet we must all drop everything to discuss London's municipal airport and whether it should have another strip of concrete. Myopic London politician bubble concerns that are mainly of interest to nobody but London and have very little to do with our prosperity as a trading nation. Not that London should get a new strip of concrete, but that's another story. This just highlights how badly served we are by the braindeads who supposedly keep us informed.

Put simply, our media is not concerned with anything outside their gossip bubble because these profoundly shallow people aren't actually interested in politics. Real politics is something different. Pushing it into the super nerd territory, I'm now incidentally looking at Greek disposal of dredged materials. Intensely political it seems. The existence and distribution of persistent pollutants, such as heavy metals in coastal sediment, used for opportunistic "beach nourishment" is a problem that has not, understandably, received much attention.

In one assessment, coastal sediments in a restoration project included the effluents of small industries (tanneries), wastewater treatment plant effluents, and paint and oil scraps from substandard ship maintenance - which takes place on port breakwaters. A few neighbouring beaches were found to have similar heavy metal concentrations.

Existing legislation regarding dredging activities in Greece appears insufficient for sustainable and environmentally friendly nourishment. It was concluded that before "opportunistic" beach restoration projects materialize with material borrowed from ports and harbours the quality of the dredged material needs to be assessed.

While this is a global problem, in most cases it is devolved to the port authority most local. This is the case in the USA where it is taken surprisingly seriously. I am unaware of any global standards, but global or local, it is clear that Greece runs a dirty shop. For a nation so dependent on its beaches for its massive tourist industry, you would think they would take it seriously. But the Greek state has proven itself not fit to run a whelk stall so there's little wonder the EU wants to take over. Such things are often not considered, but this is the essence of real politics.

These are all matters for the invisible government that exists all around us, often taken for granted but grossly underestimated in its value and significance. These are the regulations and concerns we cannot just drop overnight as Brexiters would have it, and we abandon them at our peril. Regulation makes the world go round. To fail to understand it is actually negligence on the part of the public as well as the media.
Posted by Pete North at 20:53