It's entertaining, but it's not important 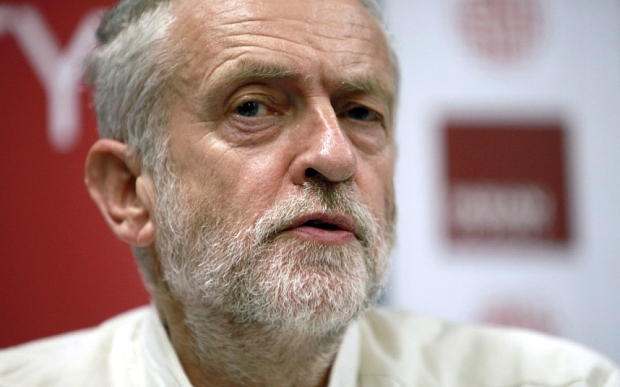 So this Corbyn chap is a bit of a firebrand it seems. Shoots from the hip, says what he thinks and pulls no punches. That has a certain appeal in principle but in practice, the adult world of politics is very different. It's why skilled politicians appear as two dimensional as they do. I've made the case myself that it would be refreshing to see authentic people in politics, but I don't think there is any merit in politicians who have no control over their impulses. To many that seemed appealing in Nigel Farage but you can see where that eventually leads. I am also deeply suspicious of righteous men on a mission to take power. Corporate blandness is preferable to leftist zealotry every single time.

And while we can say his fellow leadership contenders are about as bland as bland can be, dealing only in platitudes, short of any real radical ideas, Corbyn can only take Labour back into the land of the dinosaurs. Nobody really benefits from a government without effective opposition. This much vaunted authenticity is actually worthless without any real ideas. Setting the Delorean in the direction of 1948 is no solution for today's world. All the bad ideas of socialism have been tried. Social housing, the NHS, welfarism, nationalisations, you name it. All the integrity in the world is not going to make these good ideas.

If Labour does want to survive (though there are no signs to indicate that it does) it will have to find somebody presentable, knowledgeable and with a bold idea that is relevant and plausible. The inherent problem there is that the left is never interested in anything until it has a track record of failure. It's a qualifying requirement. While it is unable to shake off the leftist fleas, it is unlikely to survive - and doesn't deserve to either.

But the right can't be complacent either. We have an excellent administration for maintaining the status quo and as far as managerialism goes, you could do a lot worse, but politics on both sides is in the habit of tinkering with the status quo rather than addressing what is to my mind the most dangerous and divisive development of all. The divergence of London from the rest of the country. It is not just the Scottish fascists who think there is something amiss. The imposed devolution on Manchester or combined authorities in West Yorkshire are no solution. Nor are a few token gestures in infrastructure. Nor do these ideas speak to the yawning democratic deficit or the march of globalisation.

Their claustrophobic bubble is of diminishing relevance to the rest of the country. We see little of substance and most politics is Londoncentric. Policy by the few for the few - and Corbyn doesn't strike me as any different despite his rhetoric.

In my world, the conversation is about global trade and Britain's place in the world. In their world they prate about food banks and a Dickensian poverty that exists only in the imagination of the poverty industry. Their understanding of the EU and the recent Greek saga is superficial at best. They cannot lead the people from a position of ignorance. Not one of their number holds any great expertise on anything. Where are the leaders who are kicking over tables and spelling out home truths?

When politics in the media is dominated by the likes of Owen Jones, Nick Cohen and the rest of the SW1 claque there is simply no possibility of fresh ideas finding their way in. It is little wonder the public seem disengaged. There is little of consequence to engage with. The public are engaged in politics, but London is obsessed with trivia and gossip. Their world is not ours. It's a fun little circus that keeps the girls and boys occupied but as we have demonstrated, the very serious business of politics is conducted at a level they are barely even aware of. That the Labour leadership is the lead preoccupation of the media class actually tells you how much they have lost the capacity to report news. Unless it is spoonfed to them, they don't even know where to look for it. This months long festival of leftist navel gazing won't be important next month and it isn't important now.

Meanwhile, France is waging an economic war on us, the integrity of the nation is creaking and the EU is plotting a massive powergrab. Can you imagine either Corbyn or Kendall speaking to that with any knowledge or sophistication? No, neither can I. You can be forgiven for thinking the adults are no longer in charge.
Posted by Pete North at 17:43