It's time to shut down the Scottish parliament 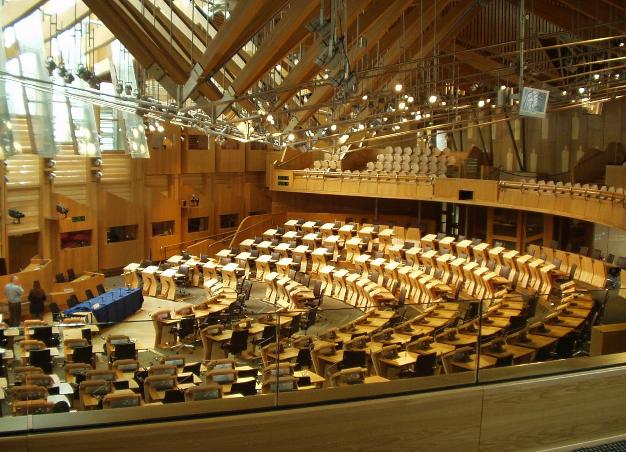 When Scotland voted to stay in the Union we should have shut down the Scottish parliament. We should definitely do that next time. Y'see only nation states have parliaments. Scotland isn't a nation state. It will never hold powers over defence or foreign policy and its influence over central fiscal policy will be minimal. Thus the matters of national importance are conducted by Westminster, in which Scottish MP's are participants. Thus the only way a Scottish parliament can afford itself relevance is to confiscate competences and powers that really ought to reside with councils and parishes.

Since it's inception it has only ever syphoned off powers when in reality power needed to go the other way. To some parts of Scotland, Edinburgh is about as relevant as Leeds as a centre of power, since it's faster to drive from Edinburgh to Leeds than some of the outer reaches. The Scottish parliament can only ever be a pretentious talking shop whose very existence denies democracy and accountability to its peoples. Glasgow is large enough in geographical size and population to merit its own assembly and yet a Scottish parliament essentially puts Glasgow Council under Edinburgh supervision. Being it a pretentious talking shop, it will only ever be abused by nationalists seeking to enforce their cultural and social ideas on the whole of Scotland without their consent. When the peoples of Dundee can be persistently overruled by the people of Glasgow, that is not democracy - that is an affront to democracy.

And yes, we can very well say this dynamic applies to England and Wales too. The "Northern powerhouse" will never exist while London holds the purse strings. And if what is true of the Scottish parliament then the same should also be said of the European parliament where we are systematically outvoted. Voting rituals and parliaments should never be confused with democracy. Democracy is when the people hold the power. At present we have opinion polls and reshuffles within the managerial agency that dictates how things are run. It works up to a point but it sure isn't democracy.

Neither Holyrood nor Strasbourg were parliaments constructed by their people's. They were the construction of political elites. And if we're being entirely historically precise, nor was Westminster. It was a talking shop for the barons and landowners. In many respects it still is, with a staggering proportion MP's belonging to the legal profession and millionaires. In due course, Holyrood too will become (if it hasn't already) a cushy little sinecure for those perpetually averse to doing a real job.

The SNP would have it that their disaffection with Westminster is unique. It isn't. London is becoming a different country and it is a popular view that London governs for the South East. Everywhere we look we see local authorities failing at the basics, but this isn't because the people are not fit to run their own affairs. In most cases they are not permitted to run their own affairs with councils hamstrung by guidelines and diktats, rules and regulations covering disciplines that really should not be a competence of Westminster. Councillors are little more than expensive chair warmers for all the influence they exert - and that's why few with any real talent for government would bother becoming one. Consequently anyone with political ambitions goes to London.

What we need is a new model of governance - one that puts real power in the hands of the people - and not a minority elite in the South East. They don't know what's best for Newcastle, Leeds or Manchester - and Edinburgh doesn't know what's best for Glasgow. Holyrood is a waste of space and Westminster does far more than it should. We need bottom up governance, not top down. We need to be rid of the pointless middlemen and shorten the chain of accountability. That starts with leaving the EU, but there is much more to be done if we want real democracy.
Posted by Pete North at 08:20