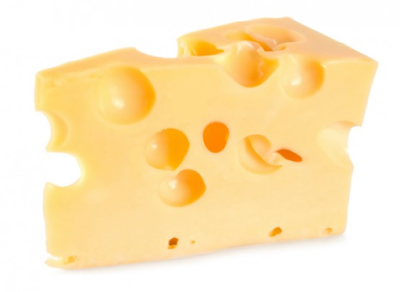 A couple of stories popped up last week. One that the Italians are miffed that the EU is insisting that powdered milk be allowed in a particular type of cheese - and that a similar dispute over cheese could be a stalling factor in the completion of TTIP negotiations.

Some critical points emerge from this. The former dispute is an example of where globalisation of regulation steamrollers things that make nations culturally unique. There is a greater good aspect to having common regulations but clearly there are downsides. I'll leave that to you to be the judge. Secondly, it's one instance where the media reports it as EU regulation but in fact is a standard set in Codex Alimentarius (the European food standards body) and the EU is merely demanding that standards are observed. This is not mentioned anywhere in the press and our media simply doesn't understand the nature of these bodies or how much influence they have.

More critically, we are told that the size of the EU market means that it can secure trade deals that we could not otherwise get. But TTIP is over a decade in the making, still a way from completion and because one nation has a particular hang up about a cheese recipe, the benefits from all the other articles will not be realised. Thus "sovereignty pooling" in practice results in compromise, indecision and delay.

The EU prefers the practice of far reaching negotiated bloc deals over decades, when the modern practice in the rest of the world is one of "unbundling", whereby nations register agreements on separate stratas of industry with the WTO on a case by case basis. So we could have gone ahead on certain automotive regulations and have felt the benefits of that some time ago, but for some reason we are waiting for the Italians to be persuaded that allowing skimmed milk in cheese is not as bad as it sounds.

Consequently, we may actually be losing out on business because independent nations capable of forging agreements befitting their own emerging industries are cornering new markets first. The EU is a dead weight in the modern global economy. Hence why I'm a little cheesed off with it. The world is waiting - and we can do better.

But rather than promoting the negativistic, europhobic, anti-co-operation agenda of Ukip, in order to leave the EU we No-ists are going to have to demonstrate that we are the ones with the grand idea, and the big vision, and demonstrate that it is we who are the big minded progressives. We're going to want more freedoms, more trade, more openness than the EU permits us. But that's not Ukip's message. It's easy to say we want to trade globally and show Europe the way from the outside, toward a faster, more agile global trade engine - but it's not just good enough to mouth the platitudes. We must know it, we must believe it, we must teach it, and show the eurotrash up for what they are - dinosaurs.

We have to embrace regulation, exalt its virtues, exalt the virtue of intergovernmentalism and co-operation and demonstrate by example that the EU is not the essence of it - but the antithesis. All I'm hearing right now from eurosceptics is moaning about the EU and its many faults - and the vibe from Ukip is very much a "pull up the drawbridge" mentality. Just today Farage was talking about sending the army into France! It's crass jingoism. If that is all we've got, and we're not prepared to motivate people with a bigger idea, then we should prepare to lose.

Bigger arguments can win, and more importantly, the opposition are not briefed to fight them - and if they do, it will be them fighting on a negative premise - not us. If Ukip and the Tory Eurosceptic bubble is the sum total of what we eurosceptics are about then the public will take one look at us and say no thank you. Bickering with euro-saurs using the Top Trumps cards from Business for Britain is not productive, it's a turn off and even if they win the skirmishes, they won't win the war.

It's make or break time for our side. If Farage is the general and Ukip is the army then it really is game over. Unless eurosceptics have the courage to break out of their comfort zone and start wanting to win, we have no hope. If we want to win we are going to have to change the record. Today.

Kipper griping has an inherent glass ceiling and it cannot break through it with the message it has. In the general election it hit that glass ceiling by tailoring its message to one social constituency. It galvanised that vote and scratched every vote it was going to get. What it cannot do is persuade progressives and moderates. The more we see of Farage and co - the more the mushy middle we need to win will be repelled. Given that the Kipper cult will vote out anyway, there is no value in tailoring the Brexit message to that audience. We need a different vision and a better strategy because we have to expand out of the cul-de-sac of the miserablist right and the far left. To that end, the less we see of the kipper cult, the better.

Farage thinks this referendum campaign is a marketing exercise for Ukip because he thinks Ukip can one day be a party of government. It's not going to happen. But if he hjacks the campaign, we're not getting out of the EU either. We cannot assume that because some on the far left have joined the cause that we have a common cause with them. We do not. The far left, while very vocal, are a turn off to the public who have shifted right. But they are more in Cameron's camp than Farage's. We cannot rely on the Tory Eurosceptics either because in terms of strategic thinking and tone, they're not much of an improvement on the Ukip clan. The only way we are going to win is to snatch the campaign away from the demagogues and primadonnas. In order to do that we will have to innovate and make our vision go viral.

To do that we will need to condense our message, simplify our arguments, but most of all motivate people and give them something to hope for. A message of entrenchment and national retreat cannot win and doesn't deserve to.
Posted by Pete North at 20:43