Tim Stanley is a prat 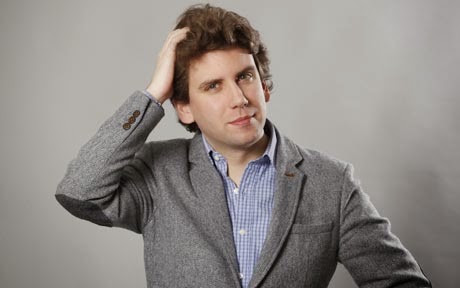 "Why's everything suddenly going wrong for Ukip?" asks Tim Stanley. Course, readers of this here blog knows that there ain't nuffin sudden about it. Ukip has been tanking for ages and you didn't need to be Nostradamus to see it coming.

They've run an odious and stupid campaign, scoring every own goal along the way, blundering into policy areas with no up front intellectual capital, and instead invited ridicule by banging on about immigration with no coherent policy. They've given the long-redundant anti-racist brigade a shot in the arm at every opportunity and have managed to humiliate themselves whenever they speak. This is the true Farage effect. It's one thing to whine about media bias but what were they expecting? And why did they have run head first into the gunfire?

At the top of Ukip the people are lacklustre, and that's not by accident. The back office and communication operation is shambolic - and that's no accident either. Anybody with brains and talent cannot work with Farage, and Farage doesn't like to feel threatened. This is a party of losers. What else could it do but lose? As to the turnout effect, this blog has long remarked this would revert to a two horse race, for reasons I'm not going to reiterate for the benefit of Stanley.

He concludes that "By denying seats to the Conservative Party, it has the potential to force the Tories back towards the Right – moderating the influence of the unpopular and out-of-touch modernisers. So as Ukip launches its campaign to turn St George’s Day into a national holiday, its subtle influence over political discourse retains weight. Even if the party wins nothing at all in May, it will have altered the terms of the debate". There is scant evidence of this. There are no signs of a resurgent Tory right and an (E)NP dogwhistle is just a topical gimmick. All Ukip has really achieved before it fades back into the margins is to put an EU referendum on the table. One we'll probably lose mainly thanks to Ukip itself.

Half the problem with these hacks is they only read each other, hence why they continue to be months behind the curve and nearly always wrong. No serious analyst could invoke the name of Matthew Goodwin. He's only ever right by accident, and that's hardly ever since he mainly recycles gems like this.

Ukip's failboat getting down to business was all predictable and predicted (especially on this blog) and if Stanley wasn't such a pompous ass I could have saved him making a dick of himself. That said, it's hardly surprising Stanley would write such lightweight, facile space filler, for it is a lightweight and facile election and when you get paid for being wrong, why bother to get it right?
Posted by Pete North at 13:53