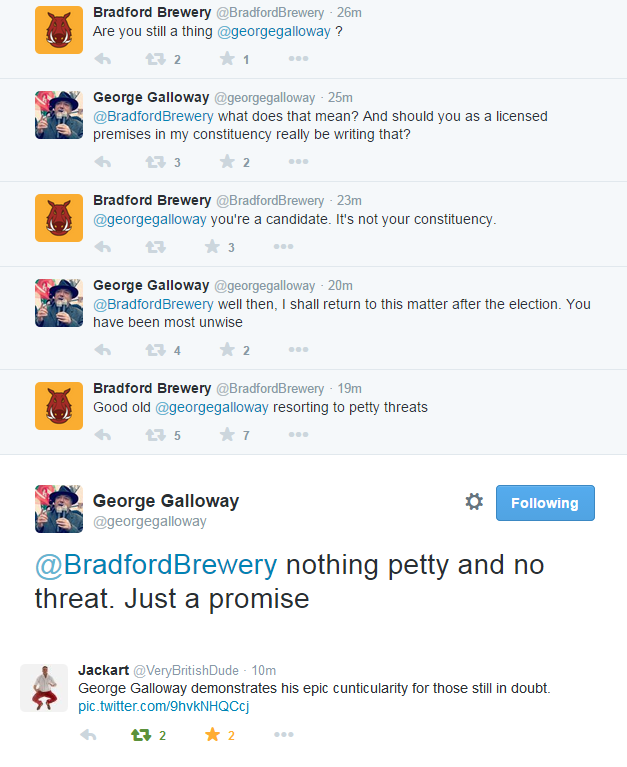 Here we have thug and publicity whore, George Galloway, threatening a business in my home town. Naturally it sparks suggestions on Twitter that Galloway can be dealt with by the good people of Bradford by alternate means to the ballot box. Louise Mensch implores "no threats - no violence, even as a joke. Not funny. He was assaulted once".

But then I'm keen to remind people that only one in four voted for Galloway. He has no mandate yet there he sits as an MP. It's hardly surprising people would consider other means since the ballot box proves a useless measure in keeping such people out of the civic sphere. And as much as we don't deserve Galloway, I don't see what we did to deserve anything else on the menu either. It demonstrates that representative democracy is no democracy - and while a recall mechanism wouldn't go amiss, it's time for a real revolution in how things are done, otherwise it won't just be Galloway doubling up on personal security.
Posted by Pete North at 07:54