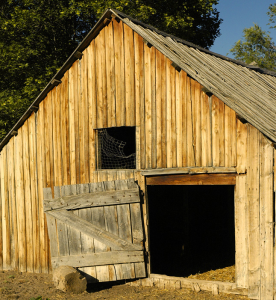 I didn't half take some flack for saying Ukip needed message discipline. You can't expect to run a media campaign with candidates shooting their mouths off before engaging their brains, and without extensive media training or at least a rulebook for candidates you're paving the way for failure.

In any campaign you have to decide what the message is from the outset, brief your candidates and staff, stick to it, develop it and sell it. For that you'd need a manifesto. But no, Kippers knew better. "We're not like the other parties" they said. "Ukip is a straight talking party" they said. "We don't want Ukip to be just like all the others" they said. Well. They got their wish and now Ukip slides in the polls - every. single. month.

Only now do we see candidate guidelines, where according to The Mirror, UKIP has banned candidates from backing the RSPCA or giving their opinions “on moral issues” during the general election campaign - among a few other gems. "Nigel Farage’s anti-EU party has issued “vital” guidance for would-be MPs in an extraordinary clampdown following a string of embarrassing gaffes. The media strategy is a last-ditch bid to stop candidates getting into trouble with unguarded comments".

And that's Ukip all over isn't it? A month from the polls and only now do we see a media strategy, and still we see everything done on the fly, everything a last ditch attempt, and stable doors slamming shut months after the fact, all still in the absence of policy and a manifesto. And what's worse is the candidate most in need of heeding such advice is Nigel Farage himself. This is the party we were told had professionalised.

Back when I was still inclined to give Ukip good advice I raised the matter of message discipline time after time to be met with some of the most vicious personal abuse. Well, guys, don't say you weren't told. This is all your own fault. Humiliation is what you deserve and humiliation is what you will get. Sad that friends took Ukip's word over mine, but as I've come to learn in recent months, anyone who supports Ukip is no friend of mine and never was. More fool me.
Posted by Pete North at 06:21