Violence is the answer 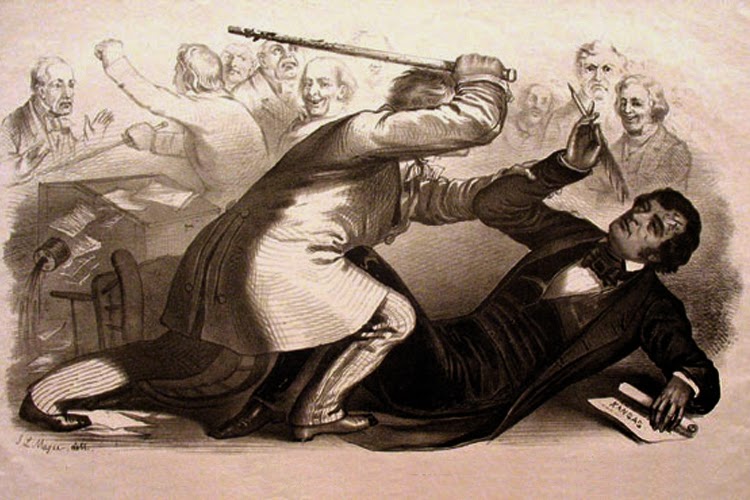 Some readers might well recall my campaign against bandit bailiffs. For my trouble I ended up with over two thousand pounds worth of costs and a criminal record for defending my property against unlawful fees - when no money was owed. A curious message to send I think.

So-called “petty offenders” which includes shoplifters, vandals and people who assault their spouses regularly escape criminalisation. Even burglary can be dealt with by way of a community order but if you make a stand on a point of principle, they will cripple you.

I have seen this in action. While defending myself against a speeding charge some years back (going at moderate speeds in good conditions), I witnessed a recidivist walk free with only small deductions from benefits to pay a fine, having ruthlessly battered his sister and taken the contents of her purse to go drinking with.

A second offender had walked down the high street, smashing car wing mirrors off and kicking in shop doors. He was given a small fine, again deducted from benefits. As to me, I was hit with the full fine and banned from driving for a whole year, costing me my job, my relationship and consequently everything I owned. It is for this reason I hold the police, the court system - and the politicians who make these laws in bitter contempt.

This is conveyor belt justice, eroding the very concept of criminality, where the system is run for its own convenience, much like the police, and our only role is to pay up and do as we are told. But today I discover a new standard has been set.

A man who hit a bailiff with a cricket bat, then challenged his sentence for it, has been given a suspended jail term. Richard Burton, 35, attacked debt collector David Knight when he went to his house in Phipps Road, Oxford, on March 5 last year. He was convicted of assault by beating at Oxford Magistrates’ Court on October 14 and was given a 12-month conditional discharge.
He was also told to pay £100 compensation, a £15 victim surcharge and £200 costs.

So there you have it folks. From this message, one might conclude that one should not attempt to resolve these matters through the courts and not attempt to resolve it peacefully, and instead find a cricket bat and get violent with these people. That way, you might argue, these people will get what they deserve, will rightly be fearful in doing their jobs, and if you do get caught, there is no real punishment - and it is much, much cheaper.
Posted by Pete North at 04:36