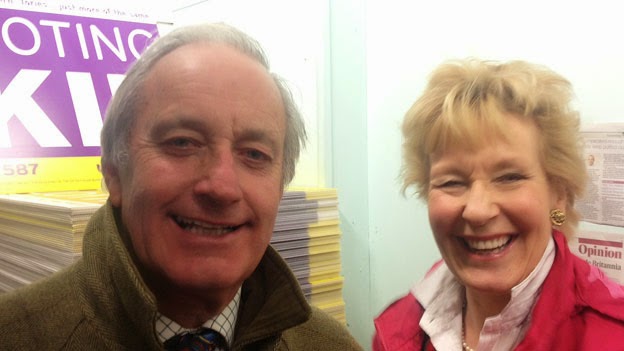 The BBC neglects to say why but Ukip campaign director and disgraced former Tory MP, Neil Hamilton, has withdrawn from the selection process to become a prospective parliamentary candidate for UKIP in Essex. Channel 4 news makes matters a little clearer, with Ukip demanding urgent clarification from Hamilton over his recent expenses claims.

At this stage of the game, the mere suggestion of impropriety is enough to create smoke and Hamilton was always going to be under a watchful eye. It should be noted that it was Farage who thought this ill-conceived appointment was a good idea - and that Kerry Smith was deselected to make way for Hamilton.
Posted by Pete North at 12:57