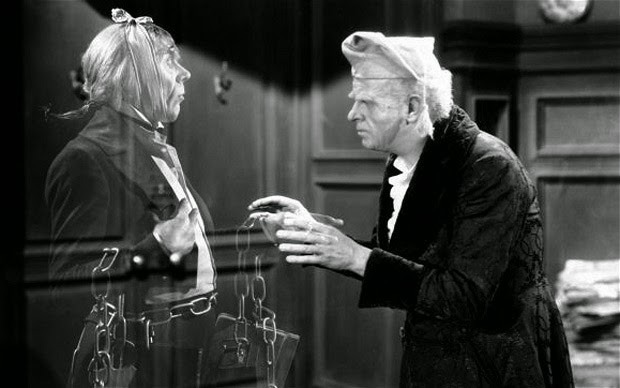 One thing myself (and evidently a third of the population) can agree with Ukip on is that charities are not to be trusted.

Ukip voters are by far the biggest cynics towards charity, research has found, leading some to dub the party's supporters the "Scrooges of the coming Christmas season". According to a poll, over half (53%) of Ukip's supporters have little or no trust in charities, which is 20% more than Conservative voters (33%), 25% more than Labour backers (28%) and 29% more than the Lib Dems. By contrast, just over a third (35%) of the public have low trust in charities.

This is not surprising. With charity bosses being up there with council executives for having their snouts in the trough, and the Labour era being responsible for corporatising charities, making them entirely dependent on local authority funding, they have since become arms of the state. They have also become lobbying organisations which essentially means government is paying to lobby itself.

We often see Labour MPs quoting social sector "charity" reports which are indirectly taxpayer funded which amounts to little more than anti-democratic corporate special pleading. Moreover, since these charities worked out there is more revenue to be had from providing statistics to local authorities than genuine community level activity, they have become self-serving brand name entities who have long since departed from their original purpose. They stand in the way of genuine social enterprises. They are bed blockers and parasitic in nature.

In recent years in the face of cuts we have seen an increase in social entrepreneurship, with individuals and co-opes doing excellent work in the community, without state funding, without paid staffers and without corporate branding. Food banks are part of it and now that councils are essentially scrapping welfare assistance funds we will likely see more such social innovations doing tangible good in ways that government and quasi-charities cannot.

That state funded charities are closing down is something to be celebrated. It's a real pity David Cameron was unsuccessful in communicating the meaning of "Big Society", but actually, this is the manifestation of it. Real people making a real difference with resources sourced locally without prompting by the state and without emotionally blackmailing taxpayer. This represents communities spontaneously organising for themselves, and not reliant on bloated government and self-serving officials on final salary pensions. It is also true altruism rather than charity at gunpoint.

This is why the left hates it. It's why they hate food banks. The people are realising they don't need nanny state government and are better off without it. This worries the left. It means days are numbered for their non-jobs, and their early retirement plans are out of the window. Hence this new propaganda campaign. If you're against giving to corporate and state funded charities, that must means you're a big meanie! The left have never understood that pointing a gun in someone's face and taking their belongings isn't charity, and it comes as no surprise that they don't recognise a genuine charity when they see one.

So this Christmas, I won't be donating to Children in Need, Help for Heroes, Save the Children and the likes. I'll be looking out for real local charities or better still, sticking my hand in my own wallet and giving it directly to homeless people. To paraphrase Steve Hughes, they might only spend it on drink and drugs, but that's exactly what I was going to spend it on.
Posted by Pete North at 06:49