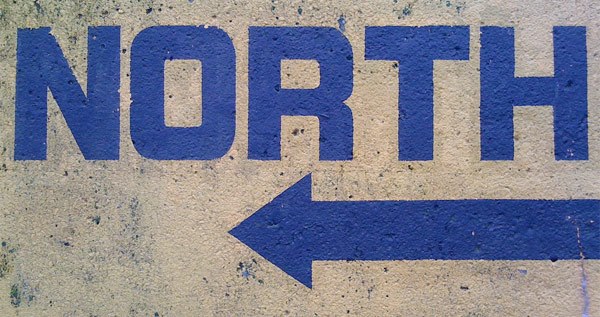 Persuading people of the need for radical change isn't easy. The truth of it is, the status quo just isn't awful enough for people to take a risk. If we listened to the left wing you'd genuinely think Britain was a failing state with massive levels of homelessness, destitution and poverty. That was Labour's whole message during the election. The reason they didn't win is because most people know it just isn't true. Life is hard for some but poverty in this country is usually only temporary except when reinforced by welfarism.

We haven't seen much in the way of radical welfare reform aimed at tackling this, but in the end the gesture politics of welfare reform seem to be working after a fashion and it turns out just small tweaks accomplish a great deal. None of it really goes far enough for my tastes. I still think we have an inherent culture of state dependency. But again, it's hardly something worth going to the barricades over.

The left have a really hard time selling us the idea that we're in poverty and destitution and the left seemingly have little to offer but for the same tired socialist ideas or merely a repeat of Blair's so-called "social amelioration" (fire-hosing borrowed money at the poor to you and me). It didn't solve very much. Now the left are beginning to wake up to the fact that they lack economic credibility. That's why I believe Liz Kendall is the only leadership contender who can prevent Labour being wiped out entirely. But that's all she can really hope to do without any fresh ideas.

It's a fine thing to talk about localism and restoring powers to as many people as possible, but that's a little difficult when everything from fishing and agriculture to waste disposal and energy is dictated by the EU. No council will ever depart from boneheaded recycling schemes in favour of landfill (aka land reclamation) because that power is not within their gift - and is not within the gift of Westminster either. All councils can do is execute their duties within a strongly encoded framework.

Unless councils are sovereign entities the position of counsellor is largely for decoration. I've met a number of now ex councillors, all of whom entered local politics with ideals of public service and reform, only to be confronted with an immovable behemoth that resists reforms, where long standing incumbent councils close ranks to prevent any meaningful change. The notion that we have any collective power over our local authorities is risible.

The slow agglomeration of police forces is a wholly unwelcome development and the scale of councils means money is always concentrated on the district with the most urgent need, at the expense of everywhere else. The idea that money raised locally is spent locally went out of the window years ago. If you pay council tax in Ripon, it's likely to be spent in Harrogate.

All of this has happened very gradually, where local services have amalgamated for their own convenience rather than ours, each headed by officials on gargantuan corporate salaries. Almost everyone is opposed to this development, but councillors haven't been able to stop it. In this the public have been fairly passive. There is a certain apathy about us, but that is a learned apathy.

We're now used to the idea that if you write to a councillor or an MP you won't get a reply. And if you do it's a corporate-speak brush off. From the police to social services to the NHS, where complaints are concerned there is a culture of hostility, defensiveness and denial. You then enter the "f*ck off loop" whereby you're shuffled between departments until you get fed up and go away.We simply resign ourselves to the fact that our lives can be  impinged upon by the state and there's nothing we can do about it. Those who try are harassed and bullied by the courts and end up with crippling legal fees and no justice.

The same is true when dealing with corporates too. It's the same when changing your energy supplier or trying to cancel a phone contract you don't want. Everything is bait - and once they have your name on the dotted line, that's it, they can ignore you. Meanwhile, we're creating a status of second class citizen without access to credit. If one of these corporates asserts you owe them money, through mass mechanised corporate scale abuse of the county court system, they can blacken you name for a decade - with no right of appeal - unless you can afford it.

Which brings us on to the justice system. Actually, don't get me started, we'll be here all day. The short of it is that justice is only for those who can afford it. And if you're up against the mechanisms of councils and the state, you can forget about justice altogether. The police and councils investigate themselves and find themselves free of fault.

Until we have real democratic control over our councils and Westminster, we will continue to drift toward corporatism where everything is decided before it gets as far as Westminster - and if a law made at the very top level of global governance kills your business, well, that's just too bad.

While I am a euroscpetic, as much as I resent Brussels rule, I resent London rule just as much. London likes to think it is the engine of the economy, but it is the regions that supply it with our young and vital people. In that respect, London is a parasite that sucks the vitality out of brilliant cities like Liverpool and Newcastle. The media follows power thus culture follows and that's where our young people want to be. The result is that London has become its own country while the rest of the country stagnates. Through boom and bust, Bradford house prices have remained more or less static.

What we get from the Tories is the promise of a Northern powerhouse, but what it is in effect is a Northern super-quango, imposed upon Manchester, which like the Scottish parliament will suck more and more powers and budgetary controls away from councils. It is a perversion of the word devolution. We also now learn that rail developments in the North have been shelved. One thing we Pennine folk know all to well is that cross Pennine travel sucks - and always has - but London always gets what it wants. It's little wonder many Northerners want the SNP to succeed with Scottish independence and take the North with it.

Meanwhile we are governed by an entirely self-serving SW1 claque who are in thrall to the fashions and groupthinks of the Westminster bubble - who see themselves as an enlightened elite - who don't trust people with the power to run their own affairs. The only thing that matches their stupidity is their arrogance. A toxic combination.

What we need is real devolution and to shift power away from London. At the very least, Parliament should move out of London. London can survive without it. Why are we cramming more houses into London when Liverpool is turning into our own Detroit?

Under the surface, everywhere we look we're being short changed and ripped off. All the left can offer is the old dogmatic mantras about re-nationalisation - as if the people ever wanted nationalisation in the first place. Our public amenities used to be locally owned and locally controlled corporations. They were stolen and sold off. Now they are merely obscure features in the assets column of a Shanghai hedge fund.

The danger of keeping utilities publicly owned was that government would use them as a means of keeping people unproductively employed to the point of bankruptcy. The railways were famous for over-employing. But that is no longer a danger in most instances. A small CHP plant providing power and heat for  large urban area can run on its own with very little human intervention. Why should these things not be community owned? Why should districts not choose their own energy policy? Why should we wait for an EU directive only to have it gold-plated by Westminster and imposed on councils covering massive areas, encompassing several towns in some cases? Why does Keighley answer to Bradford?

Socialism as we knew it is dead. But that does not mean we have a new age of free markets. What we have is corporatism both in consumer markets and local and national government. We can't afford to renationalise even if we wanted to. But we can use the mechanisms of the market to re-municipalise those things which should be under public control. But this would require the one thing that London is most afraid of: Democracy.

Liz Kendall can talk all she likes about returning powers, but such is not in her gift until the left can end their unquestioning devotion to the EU. If we want a radical overhaul of our services and how we are governed, then it must start with Brexit. History is replete with examples of power gravitating toward the centre, holding regions and nations together against their will. In every instance it has failed - and ended in collapse, poverty and war. Now we see the EU pulling in different directions and our serpentine Prime Minister conspires to keep us in at all costs - with no opposition from the party that supposedly represents the workers.

I will throw my vote to anyone who wants to get serious about real democracy. But until I see a mainstream party make the case for leaving the EU and governing for all, not just London, I'll know they're not serious about reform.
Posted by Pete North at 00:40