Europe is safer if we leave the EU 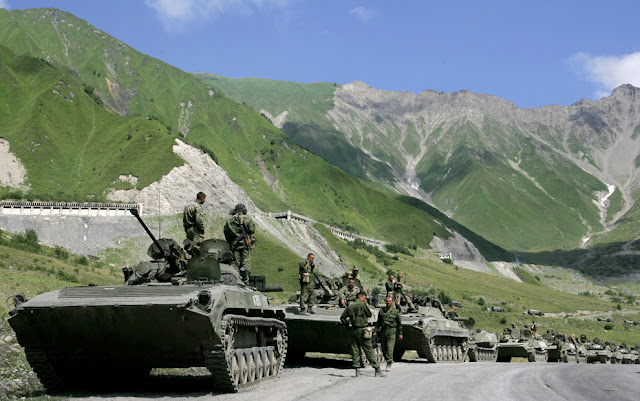 There are some myths kicking about of late that really need to be addressed. The first being that the EU nurtures fledgling democracies. To federalists the measure of democracy is the empty voting rituals we have once every few years. In the real sense of the word democracy we barely have it in the UK let alone Eastern Europe.

That said, the eurosceptic cry that we need to return democracy to our national parliaments ignores the fact that representative democracy isn't democracy either. The decisions made by a self-absorbed media-obsessed SW1 claque are neither representative of the nation as a whole and are democratically illegitimate in most cases.

The charge that Britain is run by Brussels means little in that their is little distinction between our own officials and theirs. Their PC fixations and obsessions are much the same, with our politicians using law making as a means of virtue signalling in an increasingly absurd bidding war. For the North of England to be ruled by either London or Brussels is immaterial. Our politicians might as well be on Mars. Similarly, the last people on Earth I would consult on matters of democracy are Euro-federalists. They don't know the meaning of the word.

As trade becomes globalised, so does regulation and as we drift toward greater globalisation, the notion of absolute sovereignty becomes quaint and obsolete. What that means in practice is the eradication of democracy. In Eastern Europe, we're about to do to Poland what we did to Russia. We'll create a new breed of agri-garchs, turning the whole landscape into corporate farms who will in turn import cheap labour, displacing Polish people into the cities - which are already bleeding their populations elsewhere. Free market "democracy" of the EU kind is a free licence for corporate gouging. The EU will do to Polish farming what it did to British fishing.

If Arbroath had a choice of remaining a thriving fishing port or becoming a dilapidated Tesco town, I think they would have opted for the former. Too bad the euro-zealots put their political ambitions before democracy. The result being a decimated North Sea, species extinction and a Scottish heroin problem.

The Euro-federalist perception of democracy is essentially imposing a human rights regime upon the little people, imposing PC cultural values, and allowing them the occasional vote on who gets the cosy sinecure in the local kleptocracy. This is supposedly liberal democracy. Sorry, people power it ain't.

Given the EU's cultural hegemony it's actually not surprising that Putin has in recent years presented himself as the anti-liberal gay-bashing authoritarian leader. This in itself is a consequence of Western NGO meddling within Russia and the East. As part of the EU's neighbourhood policy it has been pushing for gay rights and equal marriage - a position largely imposed upon the people's of Europe without their direct consent. Putin is setting himself up as the opposition to creeping Western decadence - in a part of the world where social conservatism still holds sway. Hardly surprising that Ukippers hold some sympathy for him.

The Ukrainian government is pushing gay rights at the behest of the EU right now. Personally I cannot think of anything more crass to be pushing at a time when Ukraine is culturally and politically divided, at war with itself and thirty years behind in most respects. What this ultimately shows is the EU's total lack of concern for the plight of Ukraine or its own conduct in how it approaches policy reform in the region - where it's own myopic politically correct fixations take precedence over matters of life and death. If you wanted to give Russia an open goal in further sowing division, this is exactly how to do it. If the USA hasn't settled on gay rights (don't be fooled by a supreme court ruling) then the chances of Eastern Europe opening up to gay marriage and abortion are somewhere close to zero. This is a culture war where Putin has a strong hand in retaining regional influence - and sympathy.

This brings us onto the second myth that the EU keeps the peace. As a side, we didn't need political union to defeat the Russians during the cold war and we don't need it now. Quite the opposite, but we'll get to that later. In Ukraine though, I expect debate will rage, but the inclusion of Common Security and Defence Policy in the association agreement was a form of EU military expansionism of its own, part of a long standing policy to cleave nations out of the Russian sphere of influence. As much as Russia does not need excuses for aggression, we gave Russia every reason to defend its own interests in Crimea.

Against a backdrop of continued anti-Russian diplomacy (frustrating Russian arms deals) across the globe and continued NGO meddling inside Russia, there is little wonder we're seeing Russian petulance and paranoia. If you poke a bear with enough sticks, eventually it will bite you. It doesn't take a genius to work out that such a reaction could only lead to further escalation - and it's fair to say the post-cold war peace is draining away.

EU supporters argue that "No-ists" are basically "Putin-toadying quisling scum, who think it possible to appease your way out of a dictator's aggression" at the suggestion that there was a more diplomatically astute means of bringing Russia into the fold - and that entering a tit for tat military build up is folly. Far from appeasement, the EU should recognise its own role as the midwife to Russian strategic petulance and deprecate its own military ambitions.

That said, how we got here is something of a moot point. We are where we are - locked into a cycle of escalation - past the point of no return, because the one thing the EU lacks is self-awareness and humility. Right now the EU is pulling itself apart at the borders, and is fatally incapable of responding to the ongoing asylum crisis. The fault is written into the DNA of the EU and its own hubris prevents it from acknowledging where the problem lies. Thus all the EU ever does is put sticking plasters on to problems it created - not least with the bombing of Libya, the undermining of Kenya and overfishing in West Africa - creating the perfect storm of migration. A recipe for civil unrest at the very least.

The final myth is that pooling sovereignty leads to greater real power in the face of a common threat. In practice it leads to collective impotence and self-deception. We saw in Libya the inability of the EU to reach a common position on intervention - which in the end went ahead as a NATO mission with the EU Commission stamping its brand all over the diplomatic efforts. There was no clear definition of the mission, it shifted in scope and Libya was left to rot in the aftermath. Libya became the EU's Iraq through political cowardice, indecision and vacillation. Similarly, after being so insistent on ramming through Ukraine's association agreement, we see a complete abandonment of Ukraine by the EU, with zero intention of making any decisive moves in Ukraine's defence.

If we rewind to 2008 and the invasion of Georgia, again we saw no decisive EU action. Sarkozy's "triumph" allowed the Russians to call their troops peacekeepers. French mediators caved in and allowed this, thus the stipulated withdrawal of combatants did not apply. Under the ceasefire agreement Moscow could claim - in a strictly legal sense - that Russian troops could stay in Georgia indefinitely.

The European Union confronts Russia in the same way Neville Chamberlain confronted Hitler in 1938; being outwitted and tricked in the cease fire negotiations. There is then no possible outcome other than appeasement. It is then rich of the europhiles to call eurosceptics "Putin-toadying quislings" when the EU is quite happy to assert its soft power to a point but then cave in when it comes to the shooting.

As before, NATO means business, but the EU has proved to Putin time and again that it is timid, toothless and divided. Putin's miscalculation being that a weaker EU makes for a weaker Europe. I would argue that a Europe with Britain asserting its own values, rather than waiting to reach a common position among 28 nations, some of whom are sympathetic to Russia, is ultimately in the best interests of peace. Moreover, a permanently hobbled EU, putting the federalist dream into the dustbin of history removes the existential threat to Russia.

If that still makes me a Putin appeasing quisling, then I'm afraid it's a label I'm just going to have to get used to. The common threads of the EU's history has been idealistic zealotry, hubris and denial of real democracy. Its main accomplishment is to convince its peoples otherwise. To borrow from Simon Cooke, "the EU has spread its red gold across the continent - funding this project and that scheme, supporting international exchanges and generally making people feel that the project is a great big cuddly Father Christmas sort spreading joy and happiness". This is a sophisticated mirage - one that fools the idealists and the fantasists.

What lies beneath is is a power hungry, antidemocratic corporatist empire that simply would not function and could not exist if it ever truly consulted the people of Europe. It is born of a fear that independent sovereign democracies could not co-exist without going to war with each other - and by means of depriving the people of their democracies they can be forced to live in peace. If you ask me, that sounds like a perfect blueprint for war.
Posted by Pete North at 20:48