EU renegotiation: I ain't buying it. 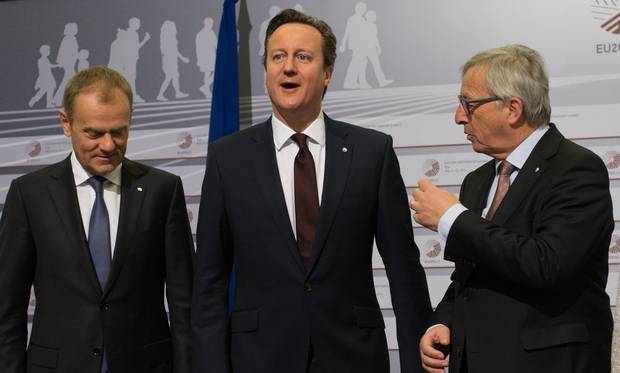 1. Calling for an end to EU trade exclusivity is unlikely and asking for such betrays a fundamental ignorance of what the EU is. The likelihood of getting that is somewhere around zero.

2.That "regulatory framework" starts at the very top tables, not the EU, but because we're members of the EU we have no independent veto. Something of a moot point anyway since Britain is the lead innovator when it comes to international red tape and we wouldn't veto our own proposals even if we had a veto.

3. If we want to empower businesses we have to leave the EU unless we can get a full repatriation of employment law, bin the social chapter, the agency workers directive and all points between. It sounds good in principle but in practice, it means fewer jobs on less secure terms. This is a concession we are unlikely to get since the EU will insist that a single labour market requires common conditions. I don't see them making concessions since it would require treaty change and most other member states would block it.

4. We already have a "two pillar Europe". In the Euro and out of the Euro. To formalise that would be a fundamental reorganisation of the EU. That is not going to happen without a treaty - which ironically, thanks to the referendum lock, the UK would probably not ratify it. Ending "ever closer union" also betrays their lack of comprehension. It is written through the EU like it were a stick of Whitby rock.

5. Giving national parliaments more of a say in which regulations we adopt would be something close to democracy. Precisely why the EU will never allow it, but will make a concession or mechanism that gives us the appearance of having parliamentary scrutiny, but in practice means we get laws anyway through EU decisions.

6. Welfare is more a matter of ECHR rulings, so we're barking up the wrong tree. It is possible we could get some concessions that would not require treaty change, but this, while not insignificant, is not really enough.

What we can expect is a rag bag of token concessions dressed up as a major victory which nobody will buy apart from the mushy middle 11%, which is all Cameron needs to swing a referendum - and Tories will hail him as the conquering hero. A "historical moment" the Telegraph will say. I will mostly say "Bollocks!". But, according to Tory uncle toms, I'm supposed to be a good little boy and wait and see what Santa brings me before I can tell the PM to Foxtrot Oscar. Not going to happen. Much like Cameron's reforms.

Supposing the reforms dropped on us at the last minute are worth the paper they are written on, where is the guarantee they will be implemented as sold? There is only one certainty in politics. You can never trust a Tory. And I'm not about to start.
Posted by Pete North at 03:48