Are 75% of our laws made in Brussels? 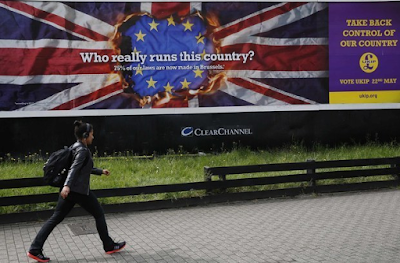 This is one of those boring debates that continues to limp on, not least because of Ukip's mindless meme tweeting. There have been studies to count all of them in order to express them as a percentage as if that actually meant a damn. So I'm going to make this very simple. It's a question of magnitude not percentage.

There are three kinds of laws. Regulations, decisions and directives. A regulation is a law in itself. There are thousands of them. Decisions are less straightforward and you can read about them here.

Directives however, are instructions to create law, often specifying international standards to which those laws must conform. So while a law may be passed by Westminster, it's because the EU told us to. On paper it counts as a law made in the UK but it has its origins elsewhere.

It gets muddy when our own parliament adds laws to any bills enacting EU directives. To get any measure of what the split is, you'd have to do a long-winded forensic analysis which would be an absurdly complex undertaking that would take years - by which time there would be a whole raft of new laws.

But supposing we got an exact figure, what would that tell us? Can the Dangerous Dogs Act be held in equal stature and magnitude to an EU law instructing us to close down all coal powered power stations? Clearly not.

We also need to get past the idea that any laws are "made in Brussels". The vast majority of technical regulations from vehicles to sewers, beach cleanliness to the curvature of cucumbers are all made by global regulatory agencies such as Codex, UNECE and others too numerous to list. They are adopted verbatim and passed down to the EU where they either become regulations or the template for a directive. The EU couldn't possibly make all the laws it takes credit for because, as they are keen to remind us, they employ fewer people than the BBC.

What matters is that we are told what to do by Brussels because our MEPs voting together cannot block law, we have no veto at the WTO and while directives may be fewer in number, they are of massive consequence - and they bypass democracy altogether.

So when you see that debate going on, you can take it as read that the kippers are wrong, but the europhile zealots arguing the toss with them are equally wrong, if not more so. It's a stupid debate where both sides argue from a position of complete ignorance.

The truth is, governance is global now, we will always end up adopting law made elsewhere, but if we want a voice and a veto at the very top table, to ensure we can block laws we don't want, we're going to have to leave the EU. Even Norway has more influence than we do. Let's get out while we can.
Posted by Pete North at 20:29