The Taxpayers Alliance are part of the problem 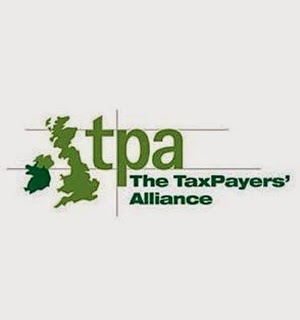 As our political masters and pathetic media once again ponder taxing plastic bags, one wonders if they occupy the same planet as the rest of us. Last week it was reported that council tax arrears is now the biggest debt problem reported to Citizens Advice.

"New figures have revealed between January and March one in five people reporting debt problems to the charity had a council tax arrears issue. In the first three months of this year 27,000 people with a council tax arrears problem got help from Citizens Advice – a 17% increase on the same period last year."

So much so, that even councillors appear to be falling behind. An unnamed Sutton councillor had to be threatened with court over unpaid council tax while nine others had to be reminded to pay up last year. Andy Silvester, of campaign group the Taxpayers' Alliance, said: "It costs the council money to chase up late payments and councillors should really know better. "Every penny of avoidable spending unnecessarily puts up local residents' council taxes."

It is Andy Silvester who should know better. A Freedom of Information request this morning reveals that my local authority alone netted £412,22 last year in "costs" from council tax Liability Orders. The council charges £55 for the act of sending a letter. The law allows only for "reasonable costs", but councils clearly disregard this and use arrears as a source of revenue. Further to this, it has also collected nearly £10k in credit card surcharges on those payments.

Moreover, it does not cost councils anything to chase up late payments because councils themselves do not do the chasing. They instead subcontract to the multi-million pound enforcement industry who are allowed by law to charge £310 simply for knocking on the door. There is big money to be made from council tax arrears and it is a handy source of income for councils and bailiffs alike. There is no link between the relatively small amount of council tax arrears and cuts to council budgets, which are in themselves minuscule - even in these times of so-called austerity.

It is bad enough that our Uncle Tom media uncritically report what they are told, but rent-a-quotes like Silvester mouthing fact-free platitudes is not very helpful. The TPA is supposed to be an organisation that sticks up for taxpayers and advocates low taxes, but all too often can seen in our local rags cheering on the rampant greed of councils. They speak the same language as rags like the Daily Mail who, on the basis of figures cooked up by private bailiffs, claim that "Council tax bills could be cut by an average £100 per household if authorities chased up debts properly." - The message being that "council tax dodgers" increase the burden on others. This is not so.

Jean Baptiste Colbert, a French finance minister once said “The art of taxation consists in so plucking the goose as to obtain the largest possible amount of feathers with the smallest possible amount of hissing”. If we had anything approaching democracy, taxation would never have reached present levels, and councils would not be running deficits to fund their CEOcracy, their vanity projects, their final-salary-pensions and worthless non-jobs. So in the absence of democracy it is time to hiss, and those who do are the canary-down-the-mine who prevent bills soaring ever upward.

But mostly, those who don't pay are those who can't pay, yet TPA is egging on councils to be as greedy as possible, when every council has a moral obligation to reduce its footprint on our wallets. If thousands of people are being summoned to court in every authority, each accumulating further debt of up to £85 each time (before it is even sent to bailiffs), then it is a broken system and it is exploiting the poorest. If the TPA had a genuine concern for taxpayers it would be campaigning to stop councils pushing the poorest deeper into debt - and to stop profiteering from it.

While council tax benefit changes have caused an upsurge in council tax arrears, councils do have the authority to write off this debt, and should make cuts elsewhere. As the TPA is very often keen to point out, there is plenty fat to be trimmed and still an army of non-jobbers to fire, yet they join the ranks of the other Uncle Toms in calling for councils to be more aggressive in stripping the public of their every last penny. With friends like the TPA, who needs enemies?
Posted by Pete North at 03:25