A myopic fixation with London 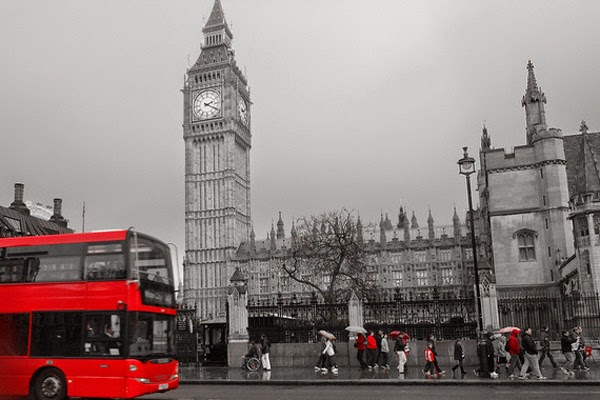 Spiked today makes the case that London will never be ‘full up’. "Ignore the miserabilism about London's population hitting 10million - this great city can handle it." writes Patrick Hayes. You have to admire his optimism. I don't doubt that London can cope and that we can expand it, but it's going to take a lot of engineering, a lot of disruption and a lot of other people's money. It can be done for sure. But do we really want to?

The growth of London comes at the expense of everywhere else. Like immigration, domestic migration to London must at be least managed, not least least because we haven't the water or power infrastructure - and transport isn't coping under the pressure. A Friday afternoon on the M25 tells you that much - and for all it is widened at great expense, greater capacity is soon absorbed by ever more traffic. Even if we do build more supposedly "affordable" houses near London, it won't be very long before those properties are also out of reach for ordinary people too. We know this because that is precisely what happened the last time the government built Garden Cities in the South East. Those they were promised to couldn't afford them.

Moreover why cram the whole population into the South East? It makes no sense. The Leeds/Bradford/Manchester conurbation could easily be given tax autonomy so as to compete with London - and that would take a lot of pressure off London infrastructure. There is simply no reason to expand London - and there is every advantage in developing the North and Midlands. The fact that London is expanding is actually a major failure of government.

Whenever you look at immigration you have to look at the push and pull factors. The same applies to London. The pull is jobs and opportunity because the regions have been de-industrialised and agriculture is mechanised. Consequently the young go where the money and opportunity is - London.

By maintaining a centralised state, the media the follows power - thus all media and culture is London focused, which is another part of the pull factor. Young political types are attracted to London and can name every minister - but couldn't tell you who the mayor of their hometown is. Why would you get involved in local politics if there is no power in local politics? While the regions have no sovereignty over their own affairs, and are run by Whitehall, anyone who's an expert on anything also has to go to London to be heard. And that's why we get one-size-fits-all rubbish policies that only work for London. (see Bedroom Tax)

There is a lot we can do to slow the growth of London, and instead develop other cities like Birmingham, which are great places in their own right. We could start by opening up the skies and having better intercity connections by air. Why can't I fly from Leeds to Bristol? And why is it more expensive to go to Bristol from Edinburgh than it is to go from Edinburgh to Rome?

There is more to the UK than just London. The UK is a diverse and exciting place and a lot of groundbreaking culture has come from our other cities. Why then expand London and allow everywhere else to slowly rot?

It's hardly Malthusian to suggest limiting the growth of London to stop Birmingham, Glasgow and Manchester becoming the new Detroits, and it's not NIMBYism to suggest the South East needs green spaces - and shouldn't be plastered with yet more concrete.
Posted by Pete North at 07:35