Councils have forgotten what they are for 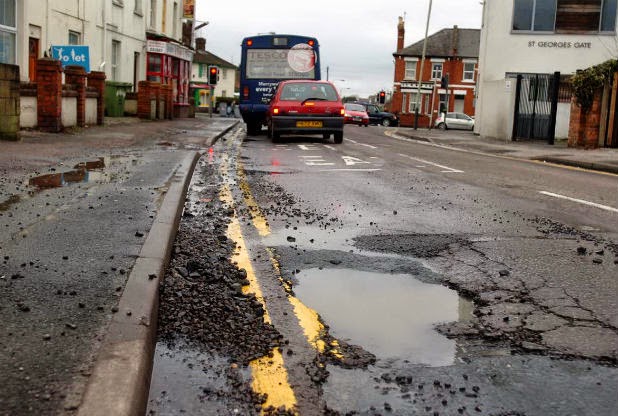 Having finally bitten the bullet and waded into the Twitter swamp I have been picking up on various announcements by councillors throughout the land praising a central grant of millions per authority for the fixing of potholes.


More than £3m has been granted to Gloucestershire County Council which will be "invested" in larger patching repairs and small sections of resurfacing, as well as more gangs to carry out the work. Note the word "investment". If you dig around Google news on the subject, Gloucestershire isn't the only council to be decribing what you and I would call "maintenance" as "investment".  If council tax isn't for such work then what is it for?

Well, let me enlighten you. In these times of rampant austerity, a dramatic spike in funding will see Shire Hall chiefs pump almost £1 million into making Gloucestershire a better place to cycle over the next two years. The county council is planning to spend £486,000 on infrastructure and bike training in the current financial year - more than double the £200,000 it spent on the same tasks in 2012/13. And with £489,000 earmarked to be spent in 2014/15 "the county is putting its money where its mouth is to get more people out of cars and onto bikes".


Now I'm no cyclist, but I would hazard a guess that roads without giant fucking holes in them would really make Gloucestershire "a better place to cycle". Assuming I even want to get out of my car and onto a bike that is. I don't recall being asked.
Posted by Pete North at 13:22