A big thank you to my readers 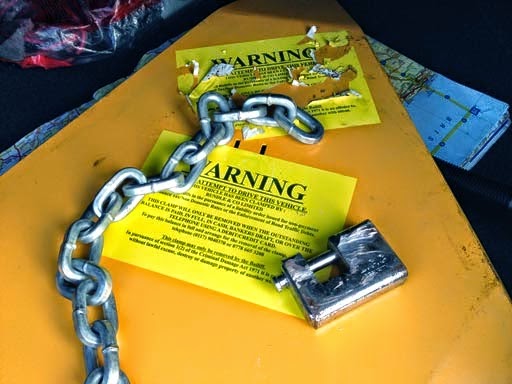 Regular readers will be aware of my campaign against council tax and local authority bailiffs. I certainly gave them a run for their money and I did score a few points. They are extra careful when dealing with me now - and so they should.

This year the fight goes on and I have set a trap for the council (which I shall not detail just yet), but I am definitely not walking away from the fight. I have just changed tactics and hopefully I will drag the mainstream media into it this year.

Though I lost the case, it cost the state easily five times what it cost me, which is half the point of the campaign. If I have no voice in how my money is spent then I will dictate it by other means. That said, it was a very expensive process, and I now face £1300 in costs. I am greatly amused that of the £1300, the bailiffs only get £45 - considerably less than they charge, and that is a small victory in itself.

Howsoever, that bill is not so much a concern since I can take my time paying it (and I am in full time employment), but the cost of representation was a big bill I could have done without. I am happy to say that donations via the other blog have been overwhelmingly generous and far exceeded that which was ever expected. I am truly stunned and humbled by your support, and more than anything it lets me know that this was worth the two years of aggravation and hassle. So for now, all there is to say is a huge thank you to all of you who contributed and read the blog.

Finally, I would just like to point out that the magistrates court where I was originally convicted lost a days trade this week due to an arson attack. I regret to inform Avon & Somerset Police that my alibi is watertight.
Posted by Pete North at 12:56