Peter Hitchens has a point. Cannabis is rubbish 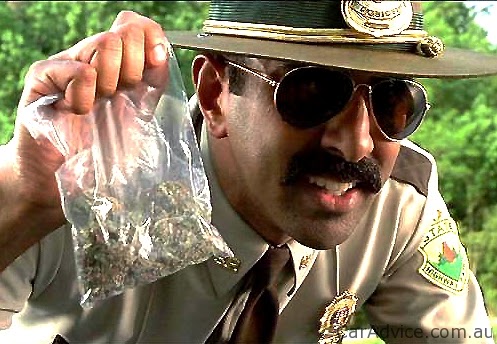 Peter Hitchens is a prohibitionist. Before I dive into his arguments I want to make it clear that it would be easier for me to list the drugs I have not taken than the ones I have. I think Peter Hitchens is absolutely correct in his view that cannabis is a bad thing. I have no doubts whatsoever that cannabis is a "gateway drug". Of all the common recreational drugs I have taken I would say cannabis was the most harmful.

I am particularly sensitive to cannabis. Almost immediately I experience unpleasant psychological effects and it causes severe panic attacks lasting several hours. It may be that my brain chemistry is more susceptible to active ingredient, but I can say with absolute certainty that its effects are not mild.

I think it fair to say that most of my cannabis smoking friends suffer from some kind of depression. It is now ubiquitous, it is habit forming and most of the people I know who smoke it do so every single day and cannot function without it. Or so they say. It turns them into colossal bores who talk an awful lot of crap, and much though I love my friends, if they're having a stoner session I prefer to be elsewhere. Being sober in a room full of stoners is horribly tedious.

What pisses me off especially is how it seems to eat into people's motivation and potential. All of the people I know who smoke it could be so much more than they are. Perhaps they choose not to be and that is their choice, but it really saddens me. I fear it will have consequences for later life which they will live to regret.

I am also of the view that it is getting progressively stronger and much more potent in its psychotropic effects. The engineering that goes into its production rivals that of Monsanto. Ironic than many stoners complain about genetically modified food because it isn't organic and natural but are perfectly happy to ingest a highly toxic artificially engineered product.

I am not in the least bit convinced that cannabis is a particularly good pain killer and if it contains usable elements for medicinal purposes then it it would have been incorporated into prescription medicine by now (if it hasn't already).

As to other common recreational drugs, there is less cause for concern. Ecstasy and MDMA is not habit forming. The lifestyle is the habit and the drugs are part of that lifestyle. But it is a corrosive lifestyle and eventually it gets mighty dull as one loses one's health and vitality. You can have your fun with them but it gets old eventually.

Most people who experiment with drugs eventually grow out of them. Uncontaminated MDMA is a great deal of fun and in sensible doses, it's mostly harmless. I know plenty of people who are extraordinarily successful, well adjusted and sane who have experimented with it and it isn't a big deal. I don't actively seek it out but if it's put in front of me, I'd probably take a cheeky dose.

That said, I've made no secret of the fact I have mental health problems. I can concoct a number of bullshit reasons as to why I have them, but I would be disingenuous if I said a decade of drug use had nothing to do with it. It's no coincidence that the symptoms I suffer from are worst when I have indulged in a "cheeky dose". I made a few mistakes, and I paid a heavy price. Thankfully it is not constant or seemingly permanent.

This why I believe being as honest as possible about it with people, kids especially, is the best way to tackle drug usage. Even if it doesn't cause mental health problems for most people I do think drugs, (cannabis and alcohol especially) over a long time fundamentally changes a person and robs them of a certain vital spark.

This is not to say that agree with Peter Hitchens on prohibition. It is precisely because of the "war on drugs" that key ingredients are intercepted by authorities and then replaced by an inferior, less safe ingredients making them more dangerous or more scarce - and that is the probable reason behind the growth of lethal "legal highs". I'd rather drugs be legal and properly regulated.

Peter Hitchens ignores human nature. A great many of us will always want to experiment and will always want to have fun with various substances. You can't stop people from doing it and the more you try the more underground it goes and the less control we have over it. The law never stopped me.

If we want to to tackle drugs we're not going to achieve very much by slapping kids with a criminal record or banging them up. What we can do is tackle the social conditions to cause the proliferation of drugs and I would start with welfarism, then tackle the youth unemployment problem - and finally I would stop trying to scare kids with health concerns. The bottom line is youngsters think they are invincible and they are not going to listen to the likes of me or Peter Hitchens.

What we can tell kids is that most drugs probably won't kill you, they probably won't give you long term mental issues, but the lifestyle drugs eventually lead to is a boring and skint life, and a miserable one as you miss out on so many opportunities - and will probably end up in a grubby bedsit listening to prog rock and thinking brown corduroy flares are cool. You'll be a no good, dirty god-damn hippy. If that doesn't scare the bejesus out of kids, I don't know what will.

Kids will ignore scares, they will ignore the law, but they will listen to reasoned arguments made by rational people. It is for that reason I expect my niece and nephew will probably never bother with drugs, and have a better life than either my sister or I could ever have imagined. We never lied to them or tried to scare them. We just told them the truth. Drugs are a bit pants really.
Posted by Pete North at 05:35