Oh come off it, our politics is just as tribal 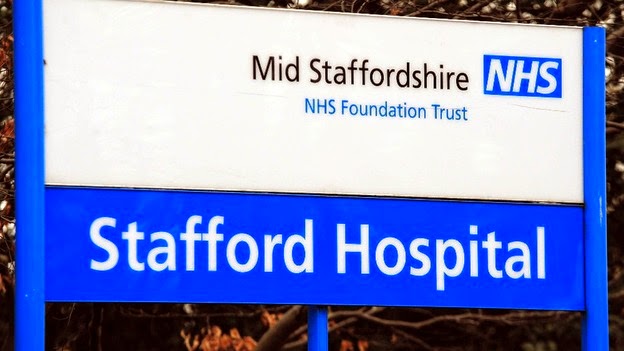 Norman Tebbit, among others are making the case that:


A blind eye was turned to election practices imported from Pakistan. Indeed the evil doctrine of political correctness and the perversions of equality legislation, alongside those foreign election practices were used to intimidate politicians into silence about the scandalous crimes being openly committed.

Because that never happened in Northern Ireland huh? Or shall we talk about the threats and harassment that caused whistle-blower, Helene Donnelly, to leave Staffordshire altogether. Or shall we talk about the cosy relationships between chief constables and council chief executives in South Yorkshire? Or the rivalries between unions during the miners strike. Long time readers of Private Eye will know especially well how bent local politics in South Yorkshire is. Nobody ever made it to a public office without having various factions of the mining unions on their side.

You don't have to have a council run by hill bandits from Kashmir to find planning stitch-ups, bribery, cover-ups and wide spread denial of child abuse. The prolific child abuse by Catholic priests was pretty much an open secret. All of this was going on long before the "doctrine" of multiculturalism.

In any bureaucracy it is easy to conceal corruption and you'd be surprised who has their hands in the till at all levels. One of the reasons there are preferred government suppliers and proscribed purchasing procedures resulting in the likes of Serco, GS Halls, McAlpine etc is to stop public officials giving out £10k service contracts to their mates to change a lightbulb. As it happens we still end up paying £10k to change a lightbulb but at least the process is marginally more transparent.

As sure as it rains on a bank holiday, local government is, was, and probably always will be bent. Where there is power, there is corruption. What matters is how we respond to it when it is discovered and that all are equal under the law.

Hiding behind political correctness is merely bog standard moral cowardice and that does not make it the cause. It's just one of the many sniveling excuses the police and social services hide behind for their many failures to investigate. It's political correctness this time, but what will the excuse be next time? Is multiculturalism the reason behind the Staffordshire massacres?

Of course, much of this has to do with the police not having a clue what is going on in their own back yard. This has much to do with a total retreat from local and community policing where the beat has been replaced by high visibility patrols of PCSOs who are too dangerously thick to be extended any authority. Policing has become remote, bureaucratic, corporatised and impersonal. I have never known confidence and trust in police to be lower.

This is what happens when the system is run for the systems own convenience, with no democratic oversight or influence. And no, you cannot pretend that the tokenism of police commissioners represents democratic oversight. Especially when half of them are former public officials and councilors. Police authorities now cover regions larger than many countries and for all the use they serve they may as well be merged with the Office of National Statistics and HMRC.

We have seen a total retreat democracy and a gradual, now accelerating, obliteration of local services. Police, social workers and environmental health inspectors can work massive regions, don't know their patch and don't know who the repeat offenders are, with cases passing through the hands of dozens of different officials and officers. It is little wonder then that critical information gets lost as communication breaks down. Individual responsibility, along with consequences for failure are removed from the system. Each council employee is just a node in a chain of minor functionary positions, none of which have the freedom to innovate or the authority and autonomy to act.

All of our services are now sprawling corporate monopolies, accountable only to themselves and you and your opinion does not matter to them. You do as you are told, and you pay what you are told to pay. It is a master-servant relationship we have with our government. Feel free to prate on about multiculturalism if you like. Blame Islam if you so choose. But you're ignoring the very large elephant in the room. That democracy thing. Or the lack thereof.
Posted by Pete North at 04:06