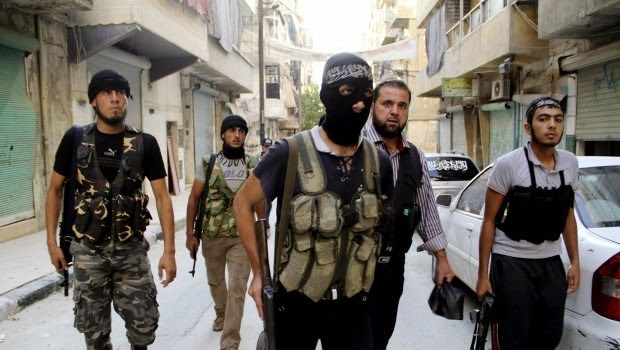 If NATO forces are committing to fighting ISIS inside Syria we are de-facto siding with the Assad regime. Considering the US has seemingly used Saudi Arabia as a proxy to arm the Free Syrian Army, this would be a perplexing turn of events. If the objective is to assist Iraq in securing its own borders, then everything must be done to assist Iraq in so doing. But that is the fullest extent of it.

If the US is looking at a long campaign over Syria, possibly outlasting the Obama administration, then NATO will need total air supremacy as it did in Libya. This means a large operation like Unified Protector to first remove air defences, which by default is a no-fly zone in a civil war where the Syrian Air Force is still very much active. This probably means disabling any and all air defence assets including those of the regime. It is unlikely that Assad's word will be sufficient to secure the safety of NATO aircraft.

Rather importantly, many of Assad's anti-air assets are Russian owned (on hire purchase) and, in many instances, Russian operated (or with Russian technical advisors close to hand). For US/NATO forces to take such action would be regarded as a seriously unfriendly act, perhaps triggering more unhelpful activity from Russia on other frontiers.

So what then? Given NATOs extreme reluctance to cause civilian casualties, an such sorties would consist of Brimstone and Hellfire precision missiles against soft targets and vehicles in open territory - while feeding intelligence to whichever force is in pursuit of ISIS - possibly the FSA, possibly the Assad regime. The US will then have to make up its mind what it really wants. Is this a precursor to regime change? Or is that just an inevitable destination for such ill-defined interventions?

ISIS would likely then adopt Hamas style tactics and operate only within civilian areas making the whole operation expensive, limited in effect and risking months of stalemate. This can only be sustained with a permanent presence in the air which is simply not viable or desirable. We are then also in the position of fighting Iraq's battles which is precisely where we did not want to be. There are soft power solutions for dealing with the domestic terrorist threat, which is overstated in any case, so it's difficult to see merit in direct involvement.

Once again we're seeing something-must-be-doneism without much consideration to the consequences and wider repercussions. While the final outcome of such would be unpredictable, you can be assured it would consist of more chaos and more bloodshed. If this is about Iraqi territorial sovereignty then the fight must stop at the border and the fight must be theirs. If not, then this is more thoughtless tinkering and vanity politics that serves no purpose at all.
Posted by Pete North at 08:09