The tenants are fifty percent of the problem 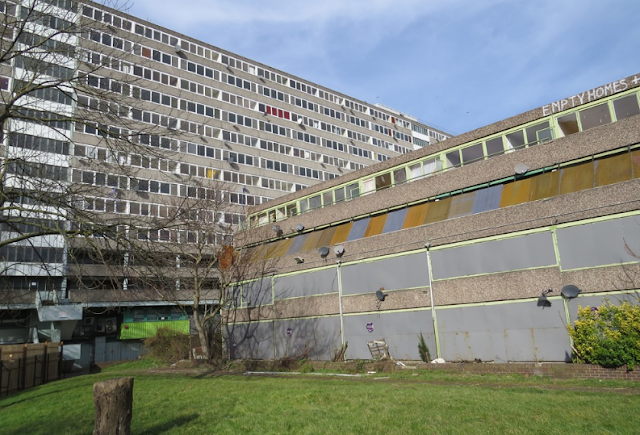 Another thing I will say on Grenfell, one of the biggest problems an EHO will face, as much as pisspoor building design is the tenants themselves. The complain about damp - but they seal up the vents. They use the hallways for dumping their shit and storing their garbage. Fire extinguishers are often stolen and sold off. Seen this before when armed forces advocacy groups whine about poor standards of housing for personnel.

Half the problems is the wives who don't report the problems, let things rot, don't clean up and then they wonder why they live in squalor. MoD houses tend to be quite good. They don't have these problems in RAF houses which are the exact same ministry design - but Army wives... well, not wishing to offend but... garbage on legs.

Now don't jump down my throat here because I'm victim blaming. The fact is that people do have a collective responsibility to report things - and most of the time, when they say the council haven't done something about leaky pipes etc, is literally because nobody bothered to report it. They lie about it all the time.

Then look at the social makeup of these places. Again we have problems when you stack blocks and streets full of primates from the back hills of Mirpur - throwing dirty nappies into the back yard and flushing general refuse down the toilets. They simply don't know how to function in modern housing because they've had in basic training as to what it means to live in the developed world. That was a real issue for EHO's in the 80's and 90's, in Yorkshire and Lancashire especially. Cram them all into a tower block and you then have very serious problems.

One of the measures we took in the late nineties was to beef up the tenancy contract and make sure tenants had their responsibilities explained to them in person. The idea was that if they are found in breach of contract then action can be taken. Problem is, if the council has to evict it has to rehouse - and when you are evicting lazy tenants from one slum, the only place you can put them is in another slum.

This dynamic is why EHOs do not evict from overcrowded HMOs because it lumbers the council with having to find places for them. This is why there is such a toxic feeling about freedom of movement. We have utterly failed to enforce the law because we have basically made it a human right for any hapless biped to be housed come what may - regardless of how slovenly and antisocial they are.

For them to then play victim and go and smash up the local housing office or threatened staff - as is quite typical - is really quite disgusting. But then what do you expect when you have removed all the consequences for selfish and antisocial behaviour? Were I in charge I would just have a three strikes policy where you're then given a choice of deportation or jail.

Bottom line though, social housing is the worst idea British politics has ever had. It's never going to be good because you're basically, for the most part, housing losers and trailer trash and by doing so you are creating high concentrations of scum. The only way to avoid doing that is to spend serious money distributing them and putting them in good homes - which is unfair to everybody else - especially if they're just going to shit on it or destroy it.

The short of it is, you want a good house, either move out of London or pull your fingers out of your arse. Beyond basic shelter, that's about the fullest extent of our obligations - and even that is far too generous in my view.

Social housing might have worked in the pre-war era before we stopped giving a shit about who we let in and under what circumstances when we were able to cash in on the empire - but those times are long gone, and if we're absolutely honest - even that was a shit idea because much of what was built in that era has had to be demolished and that which has not probably should be. Ultimately government fucks up everything it touches so why would you want it to house you or look after your health?

Every manifestation of socialism is a cancer on a free and prosperous society and the fact we don't teach this to children at an early age is why you're seeing a surge for Cobyn. If you don't teach your children to hate communists where are they going to learn it? Not from state run schools that's for damn sure since half the teachers are paid up members of the fucking KGB.

You're never going to get adults who will take responsibility for themselves if you teach them they have a right to expect all of the fundamentals for free. That's why socialists grow up to be losers and that's how they end up ghastly pebble dashed huts and burning to death. One of the best survival skills you can teach a child is free market liberal economics. They might fail at life - but they won't blame others if they do.
Posted by Pete North at 13:15