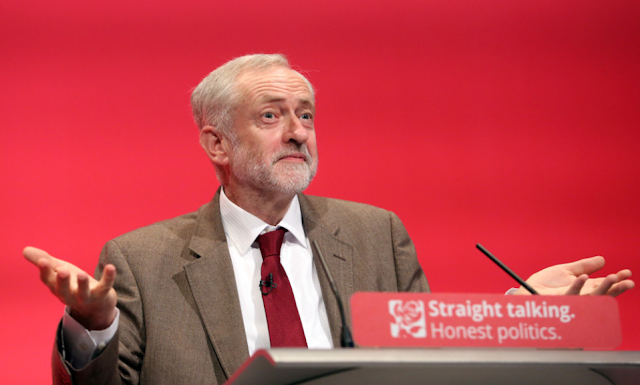 The idiot Corbyn is once again talking about leaving the single market but preserving access to it. For those who need it spelled out, this is pure illiteracy. Everyone has access to the single market. If I'm a dildo producer in Elbonia I can export to the EU but I must pay a tariff and go through the third country customs channels. Because Elbonia does not have a preferential trade agreement with the EU it has a low score on the EU database so a container is 100% likely to be stopped at the docks while goods are sent away for formaldehyde testing at the expense of the producer. Meanwhile the container is taking us space incurring a thumping daily fee for every day it is held - which can be anywhere up to two weeks depending on the workload of labs. Ten times more expensive than tariffs. This is why non-tariff barriers are the greater threat to UK trade.

If we want to avoid that scenario then we must have a deal where our own testing houses are approved by the EU. This would be a mutual recognition agreement on conformity assessment. That way any goods cleared for sale here can also be sold in the EU. That though does mean an EU agency will have to perform routine inspections of our testing houses to ensure compliance to the standards they set out. That means adopting their standards not only for the production of goods but also for the testing and the methodologies therein. It's complex for ordinary goods but when it comes to food and animal products it gets highly involved. This is why Norway contributes to the various EU agencies in order to keep the costs down for business.

Now multiply this dynamic to the three hundred or so other policy areas - including medicines and chemicals. We would need a patchwork of agreements covering all these different areas. Technically we would be outside the single market but it means you still import EU procedures, regulations and standards. The short of it being that if the EU council decides on the meaning of a regulation then you adopt it without question. Being outside of the single market you have no means of veto and you are not involved in the decision making process.

The fact is, when the EU accounts for half of our exports and it being the nearest and largest market, there is no escaping EU institutional influence and that nebulous "sovereignty" we seek is not so clear cut. Every shortcut we take has ramifications for our trade with the EU. Every decision has consequences that ripple out.

It's all very well saying we want "tariff free access" but that doesn't come close to what we need. Thanks to the "Anything But Arms" agreement even the likes of Elbonia have tariff free access but unless it can meet EU standards and prove it then costs of trade are prohibitive. This is what our political class does not understand. It is the regulatory union (the single market) that facilitates trade. Being out of it means more direct costs for business, more delays and substantially less trade - none of which can be easily recouped by way of seeking deals elsewhere.

Since Brussels is a regulatory superpower and the UK being reliant on EU trade it will always have considerable influence on our laws. Even New Zealand and Canada have found cause to rethink their food safety laws so as to trade on more favourable terms with the EU. A well documented phenomenon known as "The Brussels Effect". So as much as there is nothing to be gained by leaving the single market it doesn't actually solve anything.

Moreover, the point of staying in the single market is that it takes all the trade issues out of the Article 50 negotiations and puts them into a different framework which is not time limited thus removing uncertainty and reducing the risk of becoming Elbonia overnight - which would destroy nearly all of our EU trade.

The single market may not be optimal but it is a fact of life. We cannot pretend otherwise and if we really do want to leave the EU it's the safest and fastest way to do it. At least then the political integration is ended and we'd have the Efta firewall. On present trajectory, chasing an illusory perfection, we are likely to crash out with nothing to show for it and will have to rebuild our trade relations over decades only to achieve what we could have had now. We are risking the UK's prosperity on the back of the profound ignorance of our politicians and media. This is the debate that was lacking from the election and it seems to be absent now. There is a wilful refusal to get to grips with it. That will be our undoing.
Posted by Pete North at 04:11