Dear London... get over yourselves. 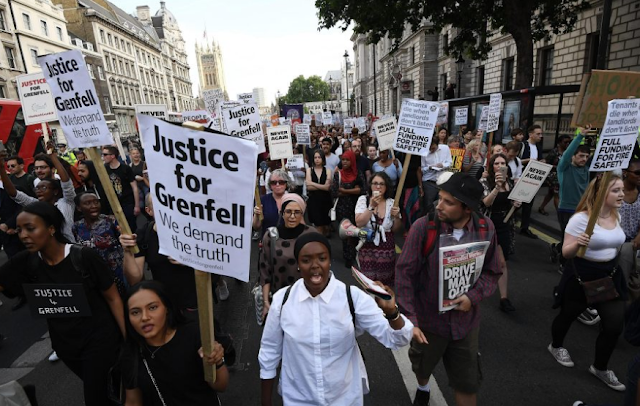 Please please please, for the love of Christ, get over yourselves. There are people who, for reasons that escape me, save up for years to afford a deposit to live and work in London. People work bloody hard to earn above the average wage, only to afford shared rooms and tiny hovels. People of modest means who just don't see themselves as victims or hapless serfs. People who may never get rich - but at least have pride in themselves and no sense of entitlement.

If for some reason you have been granted a living space entirely of your own in central London (at a heavily discounted rate) you are not "underprivileged" or forgotten. You are in fact one of the most privileged citizens on the planet.

Nobody is going to argue that Grenfell Tower isn't a travesty - and a systemic collapse of competence in that manner is inexcusable, but in more general terms, your sense of entitlement is baffling the rest of the country.

In fact, there are mums all over the country who nag their children to do their homework and do well at school specifically so they don't end up on a council waiting list. Moreover, you don't have a right to housing near where you were brought up. Where did you get that idea?

By all means bang your drums and wave your socialist flags on a Friday afternoon, but actual working class people are, well, you know, at work - so they can afford the hovel that's half the size of your council flat - and on the outer rings of the tube network.

You complain about "social cleansing" but when I watch y'all on Youtube I'm starting to think they might have a point. It's not like you geniuses are actually contributing to anything - except maybe the knife crime statistics. (props on that by the way)

And I know I'm not supposed to sneer at "working class views" but if working class views are now "how can I make this all about me and my entitlements?" then don't be surprised if peope do sneer. It's not snobbery. It's just a basic sense of decency.

I suppose I shouldn't complain though. After all London is a magnet for absolutely everything that sucks in this country. I suppose it's worth subsidising your like to stay in London just so the rest of us can continue to enjoy the many other excellent cities in the UK - and enjoy our decent sized affordable homes without you piping "speed garage" out of "sub woofers" attached to your rustbucket Volkswagens.

Just be mindful, though, that there's a jolly good reason nobody cares about you. It's because you have childish views, dreadful politics and there is nothing likeable about any of you. Come to think of it, you deserve London - and London deserves you.
Posted by Pete North at 12:26