Tory MPs are not serious about leaving the EU 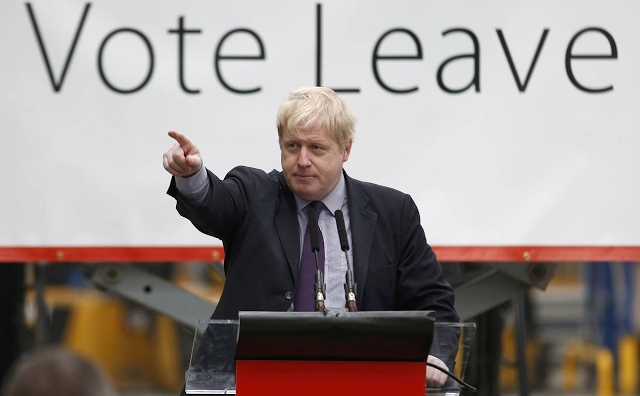 Boris Johnson is more than likely Cameron's placeman. Johnson has no real track record of being a eurosceptic - and he comes from a europhile family and has written articles on why we should stay in. He's about as eurosceptic as Jean Claude Juncker.

His announcement to join the Leave campaign was timed as a means of distracting the media from Cameron's bogus reforms. A clever, calculated piece of politicking that really understands just how debased our media is.

Also, Johnson knows full well Cameron will be replaced by a eurosceptic leader and so this is his ideal leadership bid. Boris Johnson's only concern is Boris Johnson. And of course, the Tories will only ever appoint a eurosceptic as leader when there is no real danger of leaving the EU. That is how they keep up the pretense that they are a eurosceptic party. This is the Tory elites way of retaining ownership of the party when their man is thrown out.

In reality, there are no Tory MPs actually serious about leaving the EU. If they were they would be tearing chunks out of Cameron for his utterly fraudulent reforms and his lies to parliament. Because they are yellow-bellies who put their tribe first over the future of the country, all we can expect is mealy mouth attacks and tribal sycophancy. Demolishing Cameron is key to winning - but Tories won't do that. Especially not Boris Johnson.

Tories have never been trustworthy on this and not in a billion years will I now vote for that party. As much as they are basically a snobby version of Ukip, with no greater policy insight, they are political cowards. That is inexcusable.
Posted by Pete North at 15:42