The media has woken up. But Ukip has not. 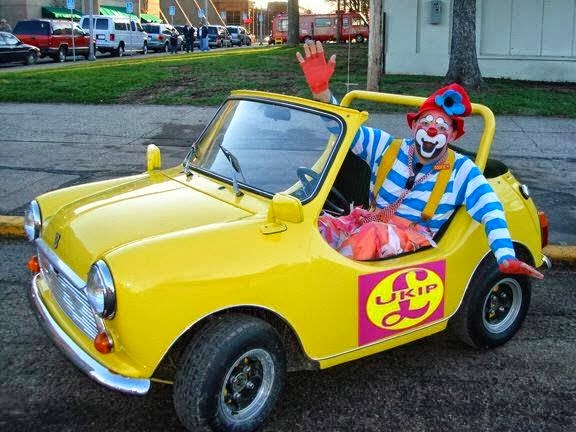 The media has finally woken up. Iain Martin in the Telegraph:


Those of us who are moderate sceptics, who could be persuaded to vote for out in a referendum for an optimistic and outward-looking alternative, want answers, not shouting. Say this to many Ukippers and they will instantly start shouting at you about treason. It as though they are incapable of grasping that to win a referendum they are going to have to calmly persuade their fellow citizens of all races, creeds and convictions.

Consider also how difficult Ukip would be for the moderate better-off-outers to handle during a referendum. Sharing a platform with people who think the Ukip Calypso is just a bit of fun (its composer Mike Read has a lot of friends in the Caribbean) would not be possible. Think what an undecided non-white British voter would make of a campaign that featured a large Ukip component. The risk for the Eurosceptics would be that the forces of Out would be divided, between sensible types on one side and shouters running their own separate campaign (splitters!) or discrediting the mainstream effort by trying to get involved.

It is not difficult to work out who would win in such a scenario. During the campaign, the British Establishment and big business would ask, with some justification and in relentlessly moderate tones, how voters could possibly put their faith in such a confused rabble. Many Britons, who do not view these matters in tribal terms and who are wary of obsessives, will think it is a very good question.


Nothing here is that far removed from what this blog as been saying all along. Just what will it take for Ukipists to wake up?

From this corner it's looking like Farage has already blown it. The wheels are falling off the Ukip clown car and still they show no sign of promoting an agenda adults can get behind. And it's not going to happen either. For Ukip to address this problem they must first admit there is a problem. But they won't, not least because Ukip is a cult of Farage, but also because Ukipists are breathtakingly stupid. It's that simple. This is how Ukip Tweets it...

How is Ukip surging as support for staying in EU peaks? Because as we show Ukip's is not a single-issue vote http://t.co/HLBWlRlIz7
— Revolt on the Right (@RevoltonRight) October 23, 2014


That's right. The fact that support for staying in the EU is the strongest for decades is actually proof of progress for Ukip.
Posted by Pete North at 06:14