But what of Ukip? 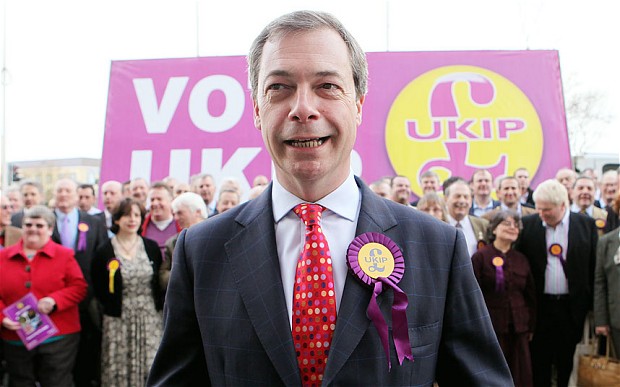 I suppose I should say something about the Farage resignation. Nobody made it harder to argue a measured and credible case for leaving the EU. As it happens nobody tried harder to prevent an EU referendum. It was only the ineptitude of the party machine he created that stopped Ukip from preventing a Tory majority. And he alone managed to put up several barriers to swing voters who would otherwise have given the Brexit case a fair hearing.

His ignorance throughout has created a number of problems for post-Brexit politics, not least with his moronic conflation of freedom of movement with open borders - which now puts our EU trade at risk. This man did nothing to broaden the appeal of the Brexit case and in the end probably cost Leave a larger majority.

His input will not be missed and we should be thankful that he is nowhere near the Brexit negotiations. Without a second thought I say good riddance to bad rubbish and I look forward to having absolutely nothing to do with his followers or that grubby, shitty little party. I hope it crawls back under the rock it came from and should Farage suffer an untimely demise in his retirement, I shall very much enjoy pissing on his grave.

I strongly suspect that Theresa May will win parliamentary backing to such a degree that there will be no polling of the membership. And that is what ultimately makes Farage a failed politician. The goal was never to simply leave the EU and let it rest there.

A referendum victory should have given revolutionary momentum to an entity like Ukip. If it had gravitas with a series of demands and a credible Brexit plan, it would now be setting the agenda. It isn't. The closest thing Ukip has to a voice in this contest is Andrea Leadsom who is widely and correctly viewed as risible.

Consequently, Ukip is a discredited party and a spent movement and has no means of leveraging further involvement except to become a challenger to Labour. The minority opposition.

This referendum could have been an opportunity to push for much broader reforms and to reshape European politics. Instead it is now going to be a transactional act by the establishment on behalf of the people, most likely shunting us into a backwater treaty mechanism of the EU. That means we now have another twenty year battle ahead of us to get us out of what that gets us into.

For that you can thank Nigel Farage. A man who spurned the very idea of having policies and a Brexit plan. A man who has ensured by surrounding himself with halfwits and yes men has ensured a continuity of the establishment parties.

It was he who debased what was once a semi functioning party which cultivated talent and acquired knowledge. Now it does the precise opposite. It offers no alternative to the politics on offer and has no means of influencing politics now that the referendum is out of the way. It has turned its back on Skedite liberalism to become a dismal nativist party with no natural successor to Farage, save for Steven Wolfe who is as allergic to detail as Farage.

And though history will record that Farage was the man who took us out of the EU, it will be a history written by an inept and facile media who have largely missed the fact that Ukip has been nowhere near this campaign and was skilfully robbed of its place in the campaign by a couple of plants from the Tory party. In every respect Ukip have been politically outclassed with their own ground efforts being in complete disarray. That makes Farage a fool and a wastrel.

Moreover it should be noted that we are not yet out of the EU and the claims made by Farage et al seriously undermine the legitimacy of the campaign which has given certain anti democratic forces the foothold they need to overturn the result - which again is no-ones fault but Ukip.

As it happens I believe it is more through luck than by judgement that the Tories will take us out of the EU - but that is the end of Ukip's worthwhile influence. For what that was worth. We now face a long road to steer the Brexit settlement so that we don't end up in a worse position than before. In that regard, the only thing to celebrate about today is that we may well be witnessing the death of Ukip so the adults can get on with governing.

The tale of Farage is a sorry one. A man who turned a promising upstart party into a dead end cult of personality - one which all of the founders now disavow. And so ends a chapter in British political history that could have been so much more. And in light of what that man has made of it, that is no bad thing.
Posted by Pete North at 07:11