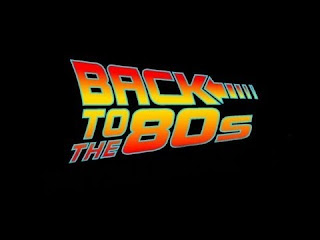 Today highlights what a monumental failure Farage is. Today the eurosceptic movement was routed and does not have a seat at the table in the Brexit proceedings. At best we may see Leadsom or Gove in a junior role as a courtesy - but more as an act of party unity. But these will be ceremonial roles only.

And is this because of an establishment stitch up by the Tory machine? Kind of but not really. You see, had the eurosceptic movement campaigned with a plan and a set of specific demands, they could have called the shots post-referendum. Having failed to do so it has failed to capitalise on the referendum win in order to take us the rest of the way. Now the process of leaving the EU is to be decided entirely by the establishment along with the domestic agenda.

All the likes of Ukip and the Tory right have been able to muster is some fantastically naive proposals on what Brexit might achieve and some or other nonsense about an Australian points based immigration system. Not at any point have they put the work in to demonstrate that any of it is even possible and now it is down to the technocrats and the lawyers to decide what Theresa May means when she says "Brexit means Brexit".

And so in many ways, hopes that Brexit would kick of a revolution of sorts are now dampened. There is no momentum left in the movement and no tangible ideas behind it, hence the "invoke Article 50 now" nonsense.

That is not to say there will not be a revolution in governance, not least with so many branches of government cut off from EU funding, it just means those who instigated this chain of events are no longer in control of it. The Tory right have been exposed as risible and it is difficult to see where Ukip can drive the agenda now that it will soon be cut off from EU funding. As a backstop they have Arron Banks who has pledged to spend £10m to fight May, but twice that amount did little for Jimmy Goldsmith in 1997. Not forgetting that Banks is also a lunatic and a pathological liar.

So to me it rather looks like we will be shunted into a dead end version of Brexit whereby it will take a new movement wholly divorced from the original sinners to break us out of that. It may add a decade or so more to the process.

The problem has always been the lack of a plan of any kind. If you are going to overthrow the orthodoxy then you need to be sure that you are the ones with the ideas otherwise people will go with what they know in the ideas vacuum that follows. That is why there is no place for Farage, Gove and Johnson et al. They are men of no substance with nothing to add to the process.

But then I'm actually ok with this. The direction of travel is out of the EU, you could pick worse leaders than Theresa May and in many respects, after forty years of being in the EU, the best we could hope for. The country is safe for as long as it takes for the Labour party to self-correct.

What we can say for certain is that Corbyn will never be PM. His departure is only a matter of time. We're probably looking at a decade of Tory rule now. If the upstarts wanted it some other way, they should have thought about that before going into battle without a plan. For the time being what we get will be better than the EU and better than whatever clueless fruit-loops like Leadsom could dream up.

I appreciate I am not exactly prone to optimism but I find when it comes to these sorts of things it is always best to significantly lower ones expectations, that way there is room for pleasant surprises, but in the end, Farage and pals have given a new lease of life to the Tory establishment of yore.

Looking at our recent defence purchases, it would appear that we are back to being partner in crime to the USA. We'll have a woman PM, a radical republican president, a cold war with Russia and defence spending through the roof while Labour is run by a far left windbag with no hope of winning. We'll have two new aircraft carriers with useless VTOL aircraft and a shortage of serviceable ships while we see sabre rattling from Argentina. Meanwhile France will be imploding. Folks, welcome back to 1982. Let's hope the hairstyles don't suck as much this time around.
Posted by Pete North at 16:33