Europhiles are the ones dripping with hate 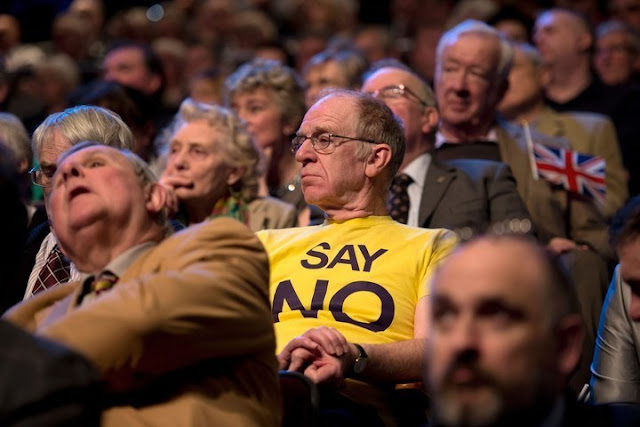 Nevermind that these are ordinary people who will have been about my age the last time we saw a political con to take us deeper into the European project.

Nevermind that it's these people who have been our teachers, doctors, bus drivers, nurses, policemen, diplomats, traders, businessmen, servicemen, labourers and civil servants. The people who made Britain what it is. They just hate immigrants right?

Or could it be that these people know something these smartarse, smug leftists don't? I'm guessing these are the people who have seen Britain at its best and worst - and know that something is missing and that something isn't right - and have been around long enough to know that we had something worth keeping?

But let's not let that get in the way of snobbery and ageism right? They're old people. What could they possibly know?
Posted by Pete North at 11:18