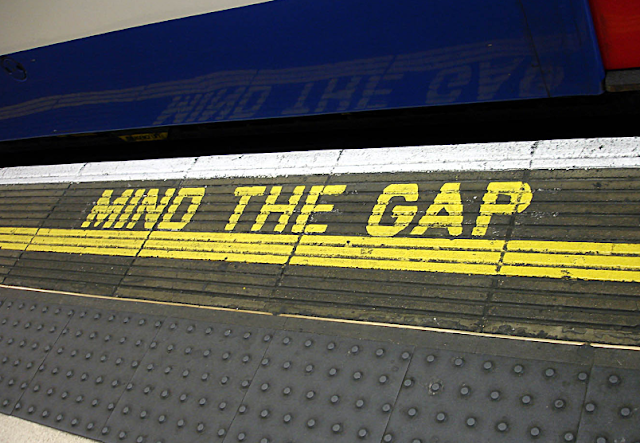 It should be noted that the migration crisis that reaches our screens is not actually the concern of Britain. If we wanted to significantly reduce the inflow, while the revising 51 convention would solve the EU's problems, it would have only minimal effect on us. Where we have a virtually uncontrolled influx is from India. The way it works is they send their most capable in the family to take a highly paid job in engineering, IT or the medical profession. From there, they establish the right to bring in family who in turn can bring in their own extended family. That's if you actually want to call it a problem. But if you wanted to reduce the numbers, you would start there.

But before I started tinkering with human rights laws and immigration policy I would pop over the road and ask Airbus why it is they feel the need to advertise their aerospace engineering jobs there. They would tell me what we already know. There is a skills gap among our own, and a shortage of applicants even when the rewards of such a career are high. We need to a address a more philosophical question as to what is driving the poverty of ambition. I think welfarism has an influence among other factors and am happy to listen to opinions on that.

Though anecdotal, I think I have something of an insight. As a kid I was obsessed with aviation and like all young boys dreamed of being a pilot in the Royal Navy. But that seemed to me about as far fetched as being an astronaut. Then I thought of being an aerospace engineer. But then decided I wasn't smart enough. There is a perception that the profession is full of smart people who know how to do complex sums who went to Oxford. When I started working at Airbus I soon realised that nothing could be further from the truth. In most cases, aerospace engineers are a bunch of overweight hairy Bristolian men who sound like farmers who give their design solutions to Indonesian CAD jockeys.

See, you'd never know that growing up in Bradford where you fall out of school with very little clue of what's possible and certainly you grow up with the idea that kids from Bradford drive buses and mend cars. There were no apprenticeships and few opportunities to train. What I learned was how to tinker with computers while lounging around on the dole. The local college courses were crap, half of which closed down halfway through due to attendance atrophy - and the wages in the north seem to have a glass ceiling no matter how skilled you are.

I may be making excuses for myself, I don't know, but really programming chose me, and I didn't choose it for myself. That was just my ticket out. Of the people I used to hand out with, most resigned themselves to a pedestrian unambitious life - and I've always said that was a pity because I grew up with some great kids who could have been anything who have since been robbed of their vitality by Bradford.

Somehow, somewhere, we got it badly wrong, and I think it starts with our industrial policy and our welfare policy and I think we have set a course to become second class citizens in our own land as we are gradually replaced by a more agile, more willing and better qualified workforce.

It's always been the case that if you do well, the chances are that your kids do well, and your proximity to London improves you chances. So there is an inherent class barrier and there is a north south divide. I also think the north is being robbed of its talent as London sucks in the bright sparks so there are few people who have succeeded as role models.

I think also our welfare system does just enough to prevent poverty but pays so much as to suppress real ambition. The will to succeed is often born from failure and how can one fail if one is prevented from doing so?

We can also say that because there is now a global marketplace for labour and labour is a commodity, where corporates have no national allegiance, they do not feel duty bound to invest in people. They can import talent at will. Employers expect loyalty from employees but show none in return. They demand high skill sets but do not invest in training, nor do they interview on the basis of best fit and attitude, merely on whether boxes can be ticked in terms of skills. The have lost the ability to recruit and nurture real talent. Instead, they look overseas.

In the final analysis, if we want to slow the rate of immigration from India, we shouldn't be putting restriction on businesses and closing the borders. We should be upping our game to make sure our own young are in with a chance of applying and that they have the skills and the self confidence to compete.

There is no magic-wandery we can deploy in tinkering with immigration policy if our own people are not up to the jobs and can't even be bothered to do the basic jobs. If we take that approach why should businesses come here at all? They say that inequality is disappearing, but I would argue the inequality of opportunity is still rife for those with the misfortune to be born in the north. And while Westminster (actually Whitehall) still has choke hold on policy and governance, how can we even the odds? That is why we need The Harrogate Agenda.
Posted by Pete North at 07:50