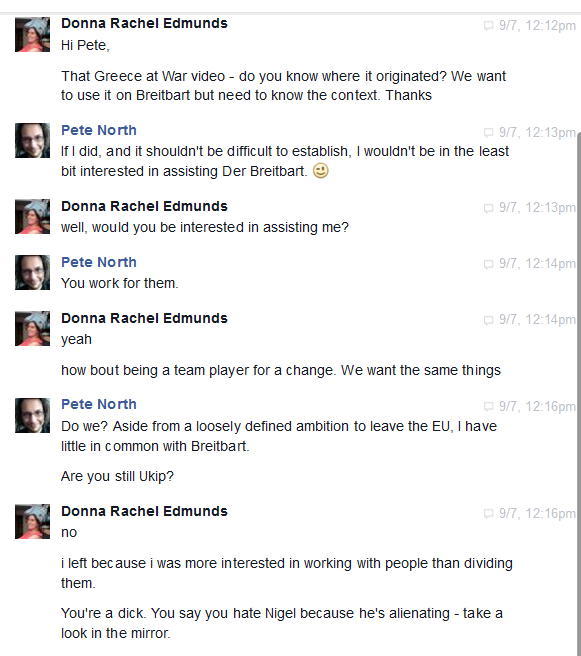 I love this notion that I'm supposed to be a "team player" after both Ukip and Breitbart have spent the last three years soiling the bedsheets in terms of winning the referendum - and then directed invective at me for saying so.

Then when the poor gal is a bit stuck she has the nerve to ask me to source a Youtube video for her pet hate rag. Clearly googling the keywords "riot Afghani Syrian Greece" and looking at the first five search results is beyond the capability of these little darlings. No wonder they are manifestly incapably of getting their facts right. You have to admire the nerve though.

Assuming I'd helped the dear gal it would have looked a lot like this:

Darkies from bongo-bongo land of military age have been rioting and looting on the streets of Athens culminating in clashes with ISIS terrorists as they divide their loot. It's all the EU's fault for having open borders (inserts something about completely irrelevant Dublin Regulations) and YOU are paying for it. (pads out for fifteen paragraphs, claims credit months after the Daily Mail ran it.)