The Matrix is here 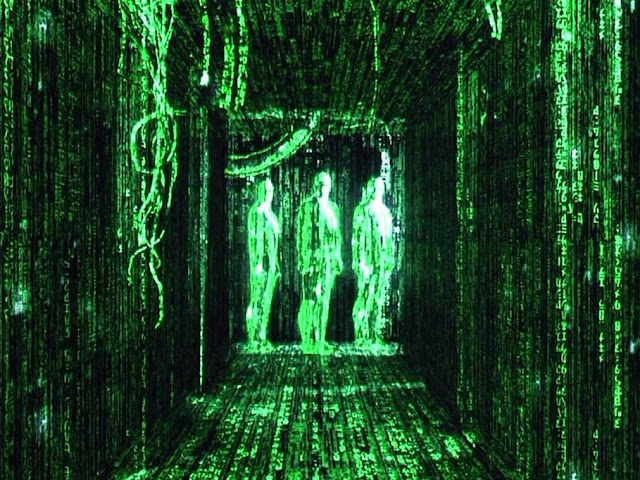 Just about everyone I talk to recently remarks on how intellectually, socially and spiritually bereft the UK is becoming. It seems I am not the only one gripped by a certain cultural ennui. You have to be a singularly two dimensional creature to derive any kind of satisfaction from a life that gives you everything without having to really try.

My wonderful Polish friend remarks that she knows a number of high flying Poles in the UK and the reason for that is not because there is anything special about Poles coming here. It's just that they are the only ones inclined to do anything at all. It doesn't take all that much to get somewhere but Brits are just disinclined to lift a finger if someone else is willing to do it for them.

But even as immigrants settle in they become uniquely British they start to notice how hollow the British definition of success is. It doesn't matter if you earn £20k or £200k. You are still just a passenger. Perhaps if you have a few extra quid you can afford a few more baubles and trinkets to distract yourself with but you will still be acutely aware that Britain is turning into a giant retail park punctuated by filing cabinets that we now classify as homes.

And while the dream of owning a yuppie shoebox with a view over the river is now available to all, it is spoiled by way of looking across the river to see an identical building with an equally depressed version of yourself staring back at you.

We've dismantled all those dirty and dangerous jobs and outsourced them to China. We've even outsourced the boring IT stuff to India. Each of us who has a job are now in some way just an administrator of varying sophistication and responsibility. Even starting a business is just looking for a demographic who will set up a direct debit with you in perpetuity for a service they don't really need and could do without.

And even good jobs have become deskilled. We're seeing a digital Taylorism whereby no one person is ever permitted to work beyond the boundaries of their job and the recruitment process rules out the possibility that an individual could be good at two or more things.

On every level, the sum total of what we do now can be reduced to putting things in the appropriate boxes. That is what software system analysis is all about, creating the spaces, identifying the inputs, classifying them and boxing them up. Now we do the exact same thing with people.

It's why I wouldn't actually mind a boring warehouse job moving boxes. It amounts to the same thing and employs roughly same skills only you might actually break a sweat and get to drive a forklift. At least then any energy I have for cerebral activity can be devoted to something worthwhile rather than advancing the margins of an insurance or asset management company.

But it's not just our jobs that suck either. We spend eye watering sums on technology. Web enabled smart devices. Not for the creation of media but for the receiving of it. We end up watching twenty year old movies on high resolution televisions because none of the media designed for the modern technology is nearly edifying enough.

And while smartphones were supposed to create an apps revolution, who actually buys apps? Children and people who think like children.

Meanwhile our technology addled brains give us all the attention span of hamsters. It seems like nobody is capable of forging and maintaining relationships anymore. Everybody is searching for that missing piece of the puzzle that will make them feel whole, grasping for either a quick fix or a momentary distraction. Course the game is rigged because the human condition is that we are never sated. The void is forever there which makes us all such whining, greedy mindless consumers of shit. Our houses are full of it. DVD box sets of shit we never watch. Flat pack furniture that we hate. Clothes that we never wear. Food that we never eat. Things from Ikea.

We've abolished most of the "social constructs" that brought any kind structure to our lives and social media now means that nearly all the people we value might as well live in Narnia - or we haven't even met them at all. And because we are now so utterly without a moral compass we are now attacking even basic concepts like gender. It's the self-absorbed "cult of me". You are that which you define yourself and nobody is entitled to challenge that, however divorced from reality it may be. I have a fin, therefore I am a shark.

And for us conservative types it's hilarious. Some people are actually worried about it all. I'm not. I'm a misanthrope. I am bored and depressed but at least I know why. You people lack the first clue and I enjoy your lack of comprehension and your misery makes me smile.

For years the left rammed it down our throats that all these social constructs were oppressive and elitist and exclusive. And maybe they were. But they were there for a reason and now we're learning that if you are going to chuck it all out the window then it might be a good idea if you have something to replace it with - lest everybody be cast adrift to eke out a living in a spiritual and cultural wasteland. Depressed? Good. This is what you wanted.

But then who am I to complain? It's only intelligent people who suffer. And they are in the minority. Intelligence is an evolutionary dead end. We have designed the perfect machine for the perpetually asleep. And it works. The Matrix is here and now only we didn't need virtual reality. It IS reality - and it's only we few who see anything inherently wrong with it. The people who want a participatory democracy are in the minority.

Between technology and globalisation we have made ourselves wholly redundant. We've all read those editorials about how automation will ultimately improve our jobs and that we are not threatened by robots. But we all know that's bullshit. We're not all going to be robot engineers or software designers. We are in very serious danger of creating a post scarcity world where capitalism just doesn't work because there is no real purpose in accumulating wealth. We are free to roam the earth like cattle and be managed as such. Hence why the anti democratic, managerialist EU is the perfect form of government for it. It doesn't require particpation. All it requires is the power to remain in the hands of the few and for people to vote for the status quo. Life will be good so long as we do not question our existence.

Why would we want family and community when we can all be individuals, accountable to nobody and responsible for nothing? Life can be great. Just conform, obey, consume and keep your credit rating clean. All this can be yours. All you have to do is vote to stay in the European Union. Take the blue pill.
Posted by Pete North at 06:49