What happens if we stay in the EU? 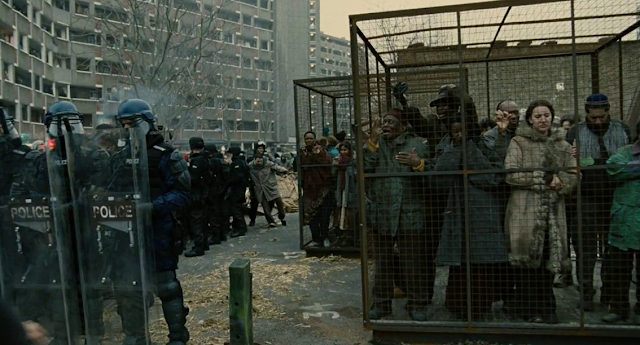 We can only speculate what happens in Westminster after the election. Events are so fluid that I wouldn't like to venture a guess. The EU is a more predictable beast. We know that it will need extra powers to keep the eurozone in tact. It will get them. We will have our two speed Europe. The EU will have almost total control over economic affairs in the eurozone and those nations not in the Euro will be way down the list of concerns.

Having asserted itself as a new power, it will push for more powers and more of a presence on the global bodies that make trade rules and regulations. It will use the courts to award itself more exclusive competences. On working parties at the ILO and other bodies, the observer status the EU has will be upgraded so it controls all of the votes all of the time, including ours. Any kind of veto will be extinguished.

From then, if we want a change in the rules that affect trade we will have to add it to the list of EU concerns. Only after many meetings to decide if we are allowed to put it on the list of concerns. We will have meetings about when to have a meeting. If there is a crisis between then everything goes on hold. And there usually is a crisis. When is there not?

Eventually a problem will become a crisis and the crisis will become and emergency. Only then will the EU act. It will then claim the only way to solve the problem is for the EU to have more control. As more financial shocks occur in the turbulent years to come, we will find the survival of the Euro is the primary concern and so our problems will not be their problems. We will be way down the list.

Sooner or later a problem will be so bad we find ourselves taking unilateral action to fix a problem only to be slapped with heavy fines by the EU for breach of treaty obligations. We then find ourselves on the fringes of the EU, with diminished influence within, no presence on the global stage - we're told how to vote in the UN general assembly and then we cease to be a nation in any real sense, except for when the EU is keen on bombing something. After all, the EU will want to keep up the illusion we are still a proper country.

Meanwhile, as more and more of the minutia of government comes under EU control we will find Westminster politics becoming increasingly more divorced from foreign affairs and trade, turning ever more inward and parochial, acting only inside the parameters set by the EU. No political innovations or new ideas not allowed by the EU will even be suggested.

As displacement activity, we will find Westminster assuming control of more and more local affairs that should be the province of local authorities - right down to the micromanagement of classrooms. (yes, more so than they do now). We will then see the trivial elevated to high importance in the media as it fails to realise there has been a complete transfer of governance to the EU.

Councils will be even less democratic than they are now as they become regional development agencies answering directly to Brussels when not carrying out the fringe instructions from meddling MPs. The consequence being British political life, and the media, becoming even more hollow and asinine than it already is, prompting a massive disengagement from politics.

We will see a resurgent Ukip - or a similar entity - and it will make more gains than Ukip ever did. Euro elections will be used as a mass protest and all we will ever get representing us are the kind of knuckle-scraping dunces that Ukip presents us with now. It will be out "two's up" to a government we didn't want and didn't ask for.

Meanwhile, the 51 Convention goes unreformed so more and more migrants flock to Europe. Nothing will be done about immigration. Politics will be more toxic and bitter than it has ever been. Possibly to the point of lone wolf terror attacks from the far right.

The stresses will be magnified across the whole EU so that all MEPs will be from fringe parties. There will be a rout of moderate voices from the European Parliament. The consequence of this is that the EU will seek to slowly and invisibly strip powers from the EU parliament - in a way that the media will not notice. It will become an administrative dictatorship.

After that, the consequences are anybody's guess. It could either see Britain slide into mass industrial action and rioting - or just a gradual slide into obscurity where nothing works every well, everything costs a lot and nobody has any money to spend on the good things in life. It will happen so slowly that nobody will ever remember it being different. Except for the ones who voted to Leave.

The future is an unhappy and poor one inside the EU where democracy becomes a thing of the past and prosperity only a distant memory. Our influence will fade and few will even care. It will be a winner takes all society and the winners will be few and far between. Britain will be a violent, disorderly and miserable place - and eventually we will see a political backlash that sees us leaving the EU by way of ripping up treaties. Then all the grimmest prognostications of Brexit will come true in ways that even the Remain camp never envisaged.