Teaching: The special pleading of the incompetent 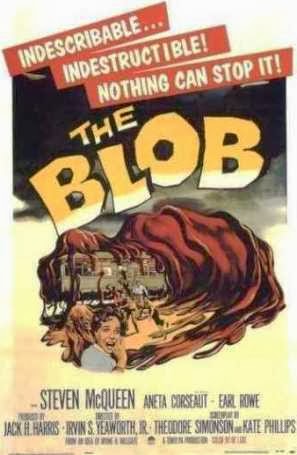 I dislike professional teachers as a rule.  Imbued as they are with a sense of importance, you'll not find a more pompous breed. Nowhere does this become more apparent than in the debate surrounding unqualified teachers. A typical conversation with a teacher on such matters (should you dare to offer an opinion different to the herd) will elicit this classic response:


"It shows how little you know about the myriad skills involved in teaching a class-room teaching. I would not want my kids to be taught by unqualified staff - I have seen unqualified people in classrooms and they have been rubbish - absolute rubbish."

While schools may differ in ethos and specialism, management style and teaching style, there is one universality that unites all schools: Kids are bastards. They can smell weakness, run rings around the gullible, and drive the timid to the brink of mental breakdown - and sometimes over the edge. No qualification can prepare a person for this. Either you have the right stuff or you don't. It may take a short while to deduce if a person has it, but if not, it's a non-starter - and that is that. A qualification in teaching should not be protection from being weeded out. But the profession seems to think it should - and that is at the very heart of this debate.

The modern teaching profession believes that only they posses the ability to communicate with children, and impart information to them in such a way that it will not damage their oh-so-fragile blossoming minds. So much so, they can often be found comparing themselves with surgeons and lawyers.  As in "you wouldn't want a brain tumour removed by someone unqualified who just fancied giving it ago".  Fatuous though that argument is, it has been around the block once or twice in the comments of the Guardian. This suggests that heads of Free Schools are so blasé and uncaring that they will drag anybody off the street who fancies giving it a go. That has never been the case, nor is anyone suggesting that it should be.

The purpose of the policy is to find and develop people who show a natural aptitude for holding children's attention and teaching them something.  If they have that much ability, then that's material you can work with. Aptitude is the essential qualification. Certification ought to come after, if only to save wasting a lot of people's time; especially those who qualified - but don't make the grade as a teacher.  Better to find out if they have the right stuff before they commence with certification.

The essential qualities of a good teacher are primarily an air of authority, a love of their subject and an unbridled passion for what they do. The obedience of children can be forced, but their respect must be earned.  A clean cut, middle-class recent graduate, fresh from teacher training, who has never spent a day outside the state education system, is unlikely to command respect, and with a head full of teaching theory, from a curriculum very much infused with a political agenda, is even less likely to be a fully rounded and developed human being. In the same way that our politicians have become bland and sterile people, the same is happening to the teaching profession. They are institutionalised replicants.

In many cases teachers have to deal with children going through lives far more complex than they have ever experienced, and consequently carry little weight as a role-model or confidant.  Especially if every door has been opened for them. Above all, children must be able to relate to their teachers. Children will not learn from adults whom they do not respect, and there is little to respect about the limp, spineless, cosseted, self-entitled, politically-correct wussies our academic establishment vomits upon us.

As a teenager, I certainly took my share of scalps where incompetent teachers were concerned. Sadly, much though they should have been drummed out of the profession, they were promoted to school management, but so far as I was concerned, so long as they were not teaching, that was fine by me. In almost all instances, the teachers I paid attention to were newcomers from the world of business or the armed forces. They possessed a certain gravitas a lifer could never hope to acquire. One listened to those people because it was in ones own best interests to do so. If the lesson was that getting good grades and going to university meant ending up back at school, then it was not a lesson worth hearing.

Clearly, we need more teachers from the real world. One of the obstacles is clearly pay. Anyone who can make a go of the private sector tends to stay there. Who would take on more work for considerably less money? This is why schools need to be free to set their own pay-scales to get the human assets they need.  While it remains in the hands of government, we will be strong-armed into coughing up more eventually, but always to pay the same drongos we should have ejected early in their careers.

The world of education has become a claustrophobic, insular bubble. One which actively seeks to fend off prying from the outside world - who demands to know what is going so horribly wrong that we need to teach remedial English skills in universities. An ugly aspect of the profession is the view that members of the public should be excluded from the debate, because they are not 'qualified' to comment.  In their view only teachers are fit to offer insight on education, often complaining that everyone else seems to think they are an expert. But in a way, almost all of us in the UK are experts in the education system, by way of having spent more than ten years of our lives within it - and being a product of it. The nomenclature and technology may have changed, but the culture has not. They view it as their own exclusive kingdom, and never may reality intrude.

It is little wonder then that Michael Gove refers to the profession as "The Blob"; An amorphous mass of cowardice, pomposity and self-righteousness that destroys all in its path. Their opposition to education reform is born of the fear that the mediocre could well be drummed out and be replaced "unqualified" people. They fear competition and fear they may have to up their game - and get results.  They have long enjoyed immunity that no other profession enjoys; they are next to impossible to fire on competence grounds and seem to think that a teaching qualification grants them a right to stay in teaching.

Mediocre teachers have a lot to fear. This explains the unhinged nature of their loathing and bile for Michael Gove. Free Schools are a direct threat to their dung-hill. The notion that schools should be run for the benefit of parents and children and not teachers is, for them, a bridge too far. But if we want good schools, we are going to need good people running them. That means fishing in a pond where the waters have not stagnated and the fish are not suffocated, and more importantly, clearing out the dead wood.
Posted by Pete North at 05:28