Self-censorship is killing journalism – and the truth. 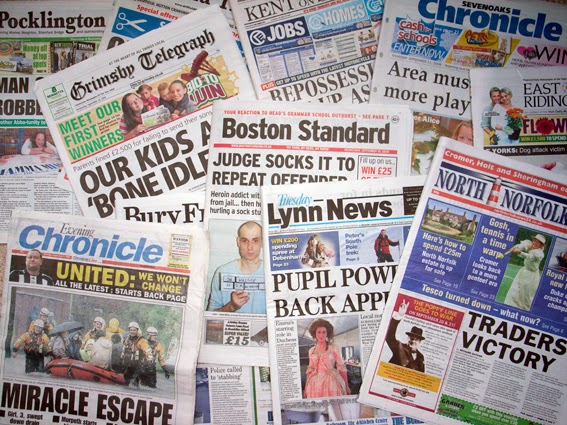 In the wake of the phone hacking scandal, Twitter arrests and the Snowden affair, there has been much debate surrounding press freedom, censorship and freedom of speech. It is a very necessary and timely debate. But there is always a major component missed entirely by the legacy media and our oh-so-wise commentariat. In this instance, local media is the stealth pachyderm in the room.

Insomuch as a free press is vital to a healthy democracy on a national level, it also applies on a local level. We need a truth hungry local press to hold our local authorities to account. We have never been well served by our local media, and it has always been a pillar of the establishment where descent is licensed and limited within a narrow set of parameters, but it is now in a worse state than ever.

As local media struggles for relevance and budgets are squeezed, journalism suffers. Instead of being bold seekers after the truth, local hacks merely rearrange copy supplied to it by local authorities and the police; they who pay the bills. Local authorities have advertising budgets that dwarf most SMEs, and a big part of local media revenue comes from council advertising. It is for that reason our local media is not keen to rock the boat, and has become an Uncle Tom to our local fiefdoms.

While major local publications are waking up to the dynamic that news is now interactive, the dismal provincial rags still see themselves as the fount of all truth. They are still wedded to the notion that they still control the message. Their copy is less an interaction with readers, more a Sermon on the Mount. Try adding a comment relevant to an issue (that names council employees) and see how long that lasts on their websites. Be it in fear of inciting “trolling” or offending their paymasters, our local media has become timid and subservient, and the truth is left to fend for itself.

One might be tempted to conclude that the demise of local media is entirely a consequence of the digital age, or that people are simply not interested in local affairs. Not so. It comes down to one principle; Media follows power. Now that our councils are merely regional agencies, implementing Whitehall policy, the media averts its gaze from them and goes to the source instead. And who could blame them? But in so doing, it is left to the back pages of Private Eye and local loony-blogs to chart the misdeeds and grubby shenanigans in our own back yards.

While this may provide titillation and intrigue, it ignores the fact that councils regularly speak with each other, and if they find a scam that works, they will replicate it rapidly across the country in the pursuit of further revenue. If our national newspapers had the investigative ability, they would be able to capitalise on those morsels of stories and turn them into national news. It may just get people on the streets if they knew just how badly their interests were served - and how much it was costing them.

As much as one could say journalism is a dying trade, it is one that is committing collective suicide as it feverishly repeats everything it is told, without the capacity for research and detailed analysis. Only the now matters, and anything off message must wither on the vine should it be inconvenient to the narrative.

While the great and the good follow the legacy media like a rabbit in headlights, and make their names on issues of national significance, our media is being voluntarily hollowed out from the inside by self-censorship - without coercion. And because it starts in such obscure publications as the Oswestry and Border Gazette, nobody seems to give a toss. But they should.

If the recent flooding has shown us anything, it is that decisions that affect us directly are taken by the unelected, without consultation or consent, with the full co-operation of our councils. One wonders how much of the damage could have been averted with a local press unafraid to that "journalism" thing.