Kippers are still missing the point 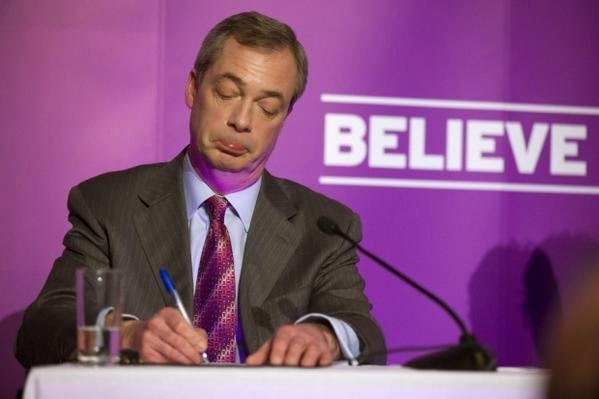 This blog has long made the case that Ukips lack of intellectual capital would be a big part of its undoing. More than a few of our critics have pointed out that voters do not go over manifestos with a fine-tooth comb as we do, but instead vote on instinct and for the party they most identify with. But that is precisely why a party needs to pay attention to the details.

You can capture some of the public imagination but you need the media as well. Opinion formers are massively influential and they will look at the vibe, the manifesto and the party people very closely to get the measure of them. From that they will set the agenda.

As much as voters respond to a message there's also tribal association. A recent YouGov poll showed people would find it difficult to maintain a friendship with a kipper because of the negative associations. Ukip has the smell of incompetence, racism, bigotry and venality and shallowness.

As much as the media helps paint that picture, it works with the raw material it has. Ukip could have afforded to take a few knocks here and there, but would have been able to stand up to opinion formers if they had a credible package of ideas and policies and clever people to sell them. What do they have instead? Farage the pub-bore lightweight, Suzanne Evans the halfwit, Lunchtime O'Flynn the fool, Tim "the dog ate it" Aker, and Paul Nuttall the thug. And what intellectual assets do they have between them? Nadda, nuthin', zilch, zero.

Meanwhile the lack of ability to build a message or a machine with which to promote it leaves the more junior candidates standing naked. The public aren't entirely thick. They know a fly-by-night operation when they see one. Kippers probably can't because they are devotees, but the opinions we've written on Ukip are not now just limited to our corner of the internet. The HuffPo, the New Statesman, the Economist, and all the newspapers have taken a second look at Ukip and they've all independently arrived at the same conclusions we did.

It takes a while to filter through but public perception will catch up. Not least with Ukip walking into every trap set for it and failing at every milestone. Meanwhile Ukip is a goldmine for satirists and Ukip is the butt of every joke on social media. That was always going to be the case the moment Ukip made itself a single issue immigration party and attached itself to the BNP multiculturalism wagon. The deed was done then, the script was then written too - and that's why almost every prediction of ours has come true - because we read the script.

There is simply no way in hell Ukip can claw its way back from that. At best it can reinvent itself and purge all the morons but that would require Farage to go and for someone with a brain and a clue to take over. I don't see any obvious candidates and if it did come up with anything concrete it would lose half the voters who vote on the basis of the "Ukip state of mind". That is what we meant when we said it was a fools errand to sacrifice sustained growth for a premature media ejaculation.

All the polls are now showing a uniform decline after a long period of stagnation. We will see a few spikes along the way to the election but if anyone was hoping for a fresh force in British politics, you can forget about it. It's not going to happen. Farage has blown it. And we might now lose an EU referendum. Hope it was worth it folks!

UPDATE: Here is your Ukip "state of mind" at work... 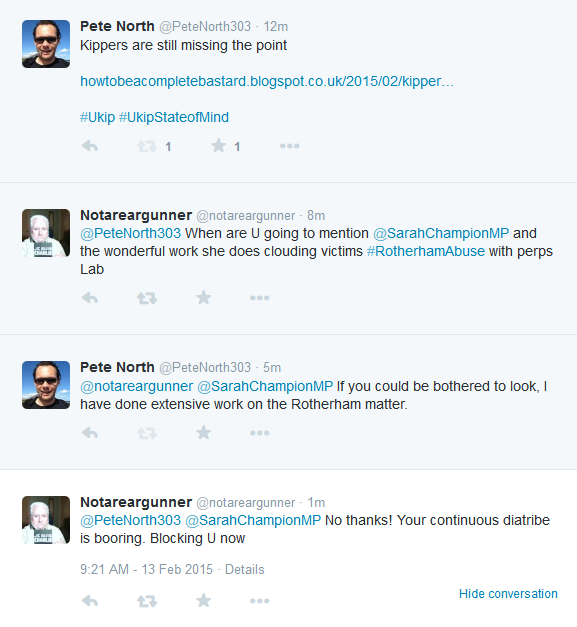