Incompetent, naff and quite a bit stupid 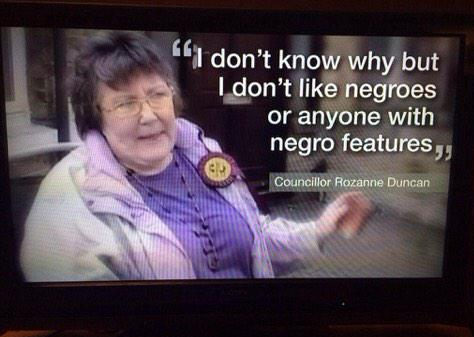 Last week, many column inches were filled by po-faced, third rate hacks about the 100 days of Ukip film on Channel 4 - accusing it of being a sneering attack on the working classes for not sharing the ultra-progressive liberal values of the media establishment - as if that in itself wasn't more than a little Ukippy. It wasn't any of those things of course. It was Channel 4 doing its thing; being overtly and gratuitously controversial and contrived in that way only Channel 4 knows how - and could not possibly damage Ukip in any serious way.

This did leave some commentators looking rather silly and petulant, which I'm guessing was half of Channel 4's intent. That said, those same hacks can dust off their well worn narratives and even recycle last weeks articles in reference to "Meet the Ukippers" on BBC 2 tonight. They would be advised to change very little in that they will, in the way of the stopped clock, be right about something.

This looks very much like the sort of Louis Theroux pompous sneering, in a way that only the BBC knows how. The gotcha moment is already doing the rounds on Twitter with Rozanne Duncan unapologetically voicing her dislike of "negores". Far from being an officer of the new Third Reich, she is a fairly typical working class old lady; not very bright and not very right-on.

What will outrage Kippers is the very subtle bias, which can be achieved with selective editing and omission. Many will know it stinks of BBC bias, but won't be able to pinpoint why. But what will outrage them the most is the BBC holding a mirror up for them to see what they really are. Evil? no, malevolent? A little bit. Racist? Only in a pedestrian and ordinary sense; a little more vocal in their prejudices than you or I might be, but really what's on display here is a sad, misanthropic, leader worshiping cult - incompetent, naff and quite a bit stupid.

You can feel sorry for them, and pity them a little for being the victim of BBC malice, but what you'll see is Ukip more or less exactly as it is - and why it can't be taken seriously.
Posted by Pete North at 04:17