More than a protest or impotent rage? 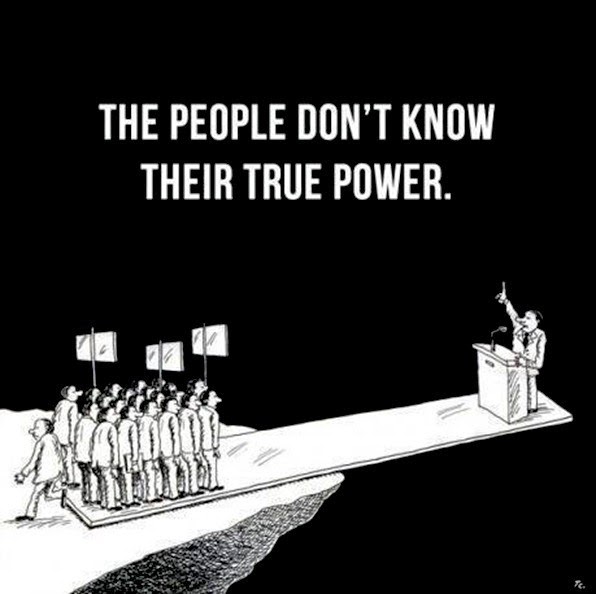 If you are not voting for something, you are voting against something. And Ukip isn't a vote for something. Ask any Ukip voter why they voted Ukip and the replies are diverse.  In fact those who would say first off the bat "because I want Britain to leave the EU" are probably now in the minority.

Reasons for voting Ukip are as diverse as wind farms, speed cameras, political correctness, HS2, MPs expenses, human rights law protecting criminals, parking tickets, BBC bias through to immigration. If anything the EU has taken a back seat and Ukip has become a uniting banner in what has become a culture war against an establishment that simply does not listen and is entirely self-serving. The EU is a part of that sentiment but it is no longer the driving force behind Ukip. People are pissed off - and have every right to be.

A recent survey shows that Ukip voters are more likely to be angry.  And angry people protest. Throughout the land there is a prevailing sense of voter impotence. We vote but it apparently changes little. But who cares? We live in a first world, developed economy with unprecedented access to wealth and opportunity so what is there to really complain about?

It's really quite simple. We humans have a fundamental need to exert some kind of control over our surroundings. I don't recall being asked if I wanted entirely pointless traffic lights at the top of my street. I don't recall asking for a street light outside my house. I don't recall the council being consulted over the smoking ban. I didn't ask for a recycling bin and I wasn't consulted as to whether I wanted separate food waste disposal. They assumed I would want it, then I was told to it, then through threats of fines and forfeitures, I was forced to.

I could of course complain to my councillor but this is merely the council doing as it is instructed by Whitehall, who is in turn merely obeying the European Waste Framework Directive. Somewhere, an unelected individual decided how I must live, in an institute so remote that most people couldn't find it on a map - and one I don't have a voice in at any level. This is now about democracy - or the complete absence of it.

Somewhere along the line we stopped being citizens and became livestock to be managed by people appointed over us, who we must pay for, without ever having consented - and without democratic recourse. To even question the wisdom of our rulers is impertinent. Our complaints go into a black hole, and while we can vote in another councillor, we cannot fire the council CEOcracy who stay in post for years, accumulating obscene pensions and payouts.

Just recently I was convicted of criminal damage. The short version being that I refused to pay my council tax as a protest, but also with a view to catching bailiffs in the act of unlawfully inflating fees. As predicted, that is what happened. Complaints were not upheld by the council (though they refused to investigate), the police point-blank refused to act, and so, after I paid my council tax directly to the council, bailiffs clamped my car demanding that I pay their unlawful fees.

I cut it the clamp off with an angle-grinder. I then made a complaint to the police and they then charged me for criminal damage - and refused to examine the evidence of fee-fraud. I am now a convicted criminal - and the state sanctioned fraudsters walk free.

While waiting to be heard by the judge I got talking with a man who was fighting a similar battle over a parking ticket that had somehow been inflated to over £800.  I told him that I had refused to pay council tax. He shook my hand and smiled. He remarked "This is why I'm voting Ukip".

From the NHS, through to council services and the police, there is a prevailing cynicism that complaining is pointless because they will not act, they will not admit fault - and they will not listen.  We are simply issued a complaint number and become just another statistic in the system.

They close down local hospitals and police stations, against our wishes, becoming more centralised, anonymous and remote, and their idea of democracy is a single police commissioner to preside over regions with over two million residents. British "democracy" is a joke.

And for all these "efficiencies", somehow the direction of travel for taxes is always upward. Gradually, services we pay for with taxes are becoming fee-based so we are now paying twice for everything. What we think matters not. Our only purpose is to pay, pay what we are told - and to pay when we are told to pay it. The nature of council tax is that you are not a free individual unless you pay for your freedom. You are out of jail on license - and your crime against the state is to have a roof over your head.

We are told our obedience is demanded because we have empty voting rituals every few years which  supposedly mean we can change our dictators. But still nothing changes. You can protest by disobedience, but they will bankrupt you. You can beat another citizen or steal from another citizen and walk free, but one thing the state will not tolerate is citizen who stands tall and says no to them.  They will relentlessly wear you down at at great expense, both to the citizen and the state, until you know your place.

Thus we have become an obedient, bovine nation afraid to say no because it is simply too much trouble to try. Thus we are serfs, not citizens.  All we have is our impotent rage with which we can toddle off to the voting booth and place our X in the box marked Ukip. The protest you are allowed to have. But it is an empty gesture appointing yet more overpaid politicians to a remote parliament that has no power to speak of. If anything a vote in that election gratifies that very fig-leaf of democracy - and is taken as a mandate to continue their oppression.

We can express our displeasure at the ballot box and that will gradually grow parties like Ukip so that token adjustments are made, but it's still pretty much business as usual for the establishment. Voting in itself is not a exercise of power (in that the levers of power in Strasbourg are not connected to anything), thus there are in fact only two types of vote - a mandate or a protest.

Voting is not an expression of people power, it is merely an opinion poll. All we can do is communicate a sentiment through that poll, since who we elect is of no practical consequence to the output of that institution.

The protest vote in that poll may be large, but not large enough - and ultimately we will never persuade the majority who did not vote that their vote matters - because we know they are right. The game is rigged, the system does not allow for democracy, and a protest vote is taken as a mandate for government to do more.

By this point, the obvious conclusion is that our rulers don't get the message, have not listened and are not going to. The very obvious reply to this is to rise up and slaughter every last one of them - but none of us really wants to do that. Violent uprisings are unpleasant affairs. So what is to be done?

We have seen that voting accomplishes little, and what good is a protest if our voice is not heeded? In a system where a vote is not a powerful act, we are then in the position of asking rather than demanding. This is where I part company with Ukip and the likes. I am done asking. I am now demanding.

We know what Ukip are against. But does it have a proposal? Does it have a roadmap?  Not that I can see.  It is merely a vocal expression of impotent rage. Ukip says it will scrap wind farms and scrap parking fees and deal with the BBC and abolish human rights law etc, but swatting the symptoms does not cure the disease.

I do not want Ukip to act on my behalf anymore than I want another party to act on my behalf.  It is not that the wrong party is in charge. It is that any party is in charge. A system where a party holds power is a system where the people do not, thus by definition that system is not (and cannot be) democratic. It is the system that corrupts both politicians and parties. Consequently we must dispense with that system entirely. You cannot vote to ask the establishment for democracy.

Ukip has grown by playing the establishment game by establishment rules. In order to grow it has had to play by the unwritten rules, and the bigger it gets the more it starts to look like the others. Nigel Farage does not represent me any more than Nick Clegg does. I am an individual with a voice of my own. I cannot be represented. If there is a decision to be made that affects me, I want a vote in that. I demand a vote in that. If we can put lottery terminals in every post office and off license, then we can employ that same technology for governance.

The state has no automatic right to take my money and spend it without asking. It has no automatic right to put limits on my life. To act with authority, it must act with consent. Thus we must have democracy. To say we need to restore democracy is to assume we ever had it. We have not - but we need it now more than ever. That is why we need The Harrogate Agenda. We are not asking. We demand it.
Posted by Pete North at 07:29