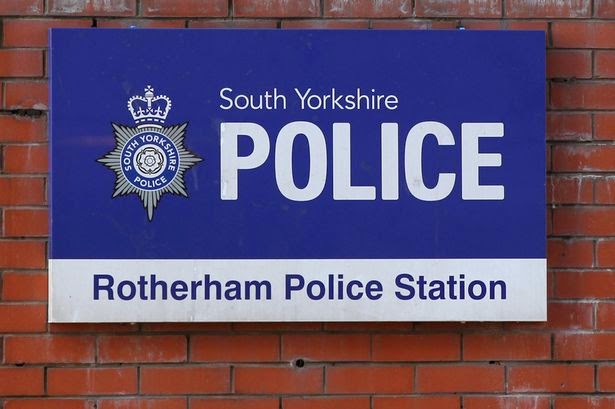 I am not cursed with a vast number of comments on these blogs, for which I am eternally grateful, but when I do I'm lucky to have useful and considered remarks than contribute to my knowledge and understanding - which is the main reason I bother. On the matter of Rotherham, "Tom Bola" has some very interesting thins to say:


What comes as no surprise, according to the policing watchdog, Her Majesty’s Inspectorate of Constabulary (HMIC) is that officers in the Yorkshire police force spend a “great deal of time” trying to “disprove” the word of victims. But what its findings also reveal (The Yorkshire Post), is that "it found no evidence of performance pressures leading to failures in crime recording...", which takes some believing that performance monitoring and the existence of league tables has not impacted negatively on victims seeking redress.

Where performance indicators are in place to monitor a public body – which in this case, relate to failures in crime recording – it is reasonable to assume that the person responsible for managing the data would be perversely incentivised to falsely represent it. With this in mind it can be appreciated how officers may be pressured into palming-off victim's claims as unfounded. This, along with there always being a need to have an individual take responsibility for performance data that shows the department in a bad light seems a likely cause for those victims affected to be caused injustice.

It is of course in nobody's interest, least of all the person suffering injustice to have a system whereby recorded performance is directly proportional to the level of expertise a public body has in manipulating it. The victims of crime pay ultimately, because of this destructive system (fuelled by the existence of league tables) where recognising and addressing crime is given over to concealing and denying it to make figures look good. When the degree to how well an individual police force functions is judged on performance and target data, it is to be expected that the person responsible will be perversely motivated to exploit the system by covering up incidents and consider it their role (and a challenge) to do so.

Officers seeking to improve league table positions, have it seems, been cautious not to jeopardise this by excessively recording reported incidents which are only registered correctly as "crimes" apparently if every avenue has been exhausted to disprove a victims allegation. A system so obviously susceptible to abuse is fated to be exploited this way; rendering statistics meaningless and serving only to distort the true picture of how well or badly that police force functions. This doesn't come only at the expense of those whose injustices are ignored, but also to the public purse. The taxpayer is funding a non-functioning system, reliant upon self-reporting of data for which officers will not have resisted manipulating, hence false economy expecting value from gauging performance by a self monitoring system.

Unless radical changes are made to a system relying on meaningless target and performance data, it is foreseeable that the cover-up culture it created will continue in the same vein indefinitely.

This is not at odds with my own experience and we see evidence of it practically every week. We have a gilded CEOcracy who frequently escape the consequences of their ineptitude and moral cowardice. The simple answer is is to scrap the league tables and make incompetence in public office a criminal offence whereby pensions can be nullified, and incompetence of this magnitude carry a jail sentence along with asset seizures. Watch how fast things change then.
Posted by Pete North at 03:31