A fair and necessary criticism of Israel 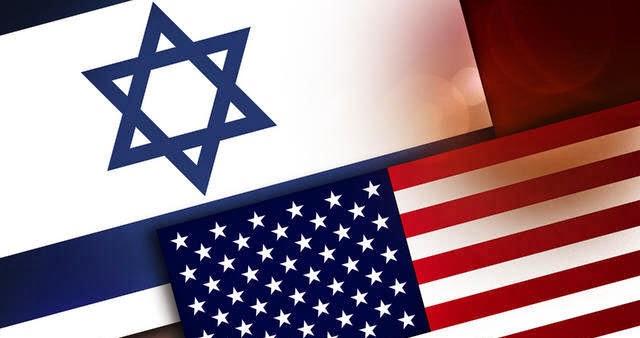 This blog has been in operation less than a year and readers will have noticed that when I pick up on a subject I don't let it drop until I have explored every angle. You will also have noticed that I've spend rather a lot of time strongly criticising Ukip, the Daily Telegraph and Israel. This is not because I'm a foaming lefty. Quite the opposite. I believe there is no room for tribal loyalty and I do not believe my allies should be immune from criticism.

This does not make me any friends. My line on the Gaza conflict has put the IDF under close scrutiny, which according to some makes me a Jew-hating terrorist supporter. But that is to be expected when wading into this debate, especially from reactionary right wingers. But scrutiny of the military by civilians is a vital and necessary exercise. As much as we should always suspect anyone who professes to expertise, the military themselves are not to be trusted either. The military wins battles, but it is people who win wars.

In the study of Iraq and Afghanistan we learned that military supremacy alone is not enough to win the peace. And if that was true of those conflicts then it is most certainly true of Israel. In Iraq, we have seen just recently how the tribal dynamics are critical in the fight against ISIS and all the latest US military kit in the world is not going to win that war without first addressing the political dimensions. The Gaza conflict is not immediately comparable for a number of reasons, but we must apply the same lessons.

Israel has an impressive military and shows great prowess in battle. It wins the battles but it suffers from the same institutional myopia as US and British forces. They do not understand that the shooting war does not happen in isolation of politics and media. So much so that Melanie Philips has noticed.

How things look is more important than how things are, and the politics is of equal significance. The IDF undoubtedly has hit Hamas hard. Their logistics and supply mechanisms have been hurt, their capacity to wage war has been hit badly, and their command structure decimated. If the recent incursion can be described as a battle then it has been won decisively by the IDF. But it has not won the peace. Just this evening we have seen yet more rockets. Meanwhile, Hamas shows a remarkable inventiveness when it comes to recovering their ability to wage war. That is the very nature of asymmetric warfare. We will be back here again having this same debate.

So what has been achieved? The IDF has scored a military victory, but it did last time and the time before that. All that is different now is that anti-Israeli sentiment is growing, Western support is faltering and antisemitism is running rampant. The military successes are undermining Israel's political capital. You might ask why should they care? My answer to that is a question. Can Israel afford to be cavalier about it? Israel still needs the co-operation of the West, it still needs allies in protecting its security interests and its economy depends on good relations with the world. It also matters for us here in the West. The consequences of these unnecessary operations have domestic security consequences for us too.

All these military incursions do is set the peace clock bag to zero while creating a media shit-storm that does not work in Israel's favour, while killing and displacing a lot of people, many of whom are innocent. Nothing is achieved by it. So what can be done?
Melanie Phillips thinks it is just a matter of presentation, but you cannot win the PR war with this kind of operation. Even the most sophisticated media management strategy cannot hide a dead baby or a black smoke cloud. But you can win a media war by not attracting the media. Big black clouds over Gaza, several stories high will always bump ISIS off the front pages. The answer therefore is not to use a munition that will create a big black smoke cloud. The thing about combat engineering is that it is very mundane, low key and not especially newsworthy. F15s dropping GBU10s very much IS. So there are two choices. Either Israel understands the sea in which it must swim and applies a bit of strategic intellect to this, or just we keep going round in circles with these hugely damaging incursions. We need to be asking why the IDF thinks it will work this time when it didn't work the last three times.

We don't want Israel to win just battles. We want Israel to win the peace. So a bit of introspection is necessary because Israel cannot keep doing this forever. If this war is to be won the Israel has to understand that the military is only part of the solution.

I have written at length about the other options Israel has, but there is one aspect I'm missing here. This conflict is highly emotionally charged and Israel is not exempt from that. When Israel is hurt, it demands revenge, and Israeli's will vote for the leaders who will take it. We are no different.

Our weak leaders needed to respond to 9/11 with maturity, intelligence, patience and restraint. Instead we got Afghanistan and Iraq at the cost of hundreds of billions of dollars and thousands of lives. 9/11 was not just an attack on America. It was a provocation. Our enemies want us to fight them. ISIS beheads in the hope of stirring the beast, Hamas fires rockets likewise - and they win when we are bogged down in expensive conflicts, conflicts that will turn the balance of power against us eventually.

Each time we give our enemies exactly what they want. Our enemies reap the rewards as we slide ever further into debt (to some of the most unsavory regimes on earth) and our reputation and confidence in the world lies in tatters as we continue to fail. We must stop taking the bait.

The enemies of the West are weakening us. Each battle we fight and win through military means brings us closer to losing the war, and we haven't even begun to understand why. The answer really lies with ordinary Americans, Brits and Israelis who need to step up and demand better from our leaders, and demand that the tank and the missile are the last resort, not the first.

The strategic goal of Hamas is to delegitimise Israel in the eyes of the world. Their means it to provoke Israel into giving them what they want. And Israel falls for it every time.