Yes, my fridge probably is too big 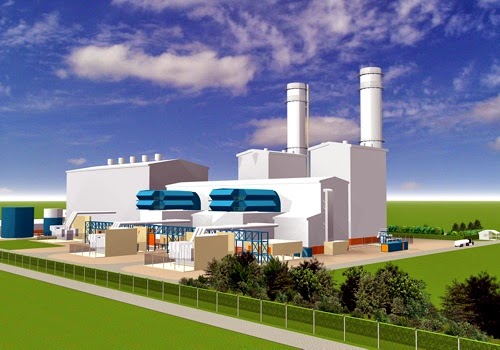 James Woudhuysen, "Professor of Innovation", in Spiked today doesn't know what he's talking about. He links to a Telegraph piece written by office junior, Emily Gosden, who famously doesn't know her arse from her elbow. Serious reporting at the Telegraph is often delegated to clueless girlies, especially energy, and not something I would base an article on unless I was ripping the piss out of it.

As it happens, energy demand constraint payments are an entirely sensible market mechanism for managing spikes in demand. £75m to pay large non-domestic energy users to switch off in times of high demand (when the grid is stressed) is peanuts when you consider we would have to spend £850m building an extra CCGT plant - and then run it at less than half capacity on standby for 360 days a year (which we all then pay for through our bills).
The times when constraint payments kick in is less than 1% of the time and not even every year. Average daily demand is under 40GW and we would need to be using all 65GW to be stressing the system to the point where constraint payments kick in.
Only in severe winters will things like steel works and factories be offered constraint payments, usually when half their staff can't get into work anyway because of snow, and like they say, it is entirely voluntary. Business likes it because it's money for nothing, and in any case, large consumers of energy often have their own STOR diesel generators which they can either switch on and use, or they can contribute to the grid for a fixed feed-in fee.
Demand side management isn't as stupid as it sounds for dealing with exceptional circumstances. Moreover, given the voltage limitations of the cables under our streets, we have to look at making energy consumption more efficient lest we be ripping up every street to replace them simultaneously.
The report he refers to is absolutely right when it says "We cannot make informed decisions about electricity generation without also understanding the potential for efficiencies and savings from households." It would be negligent not to consider it. If subsidising new energy efficient washing machines negates the need for 1.2GW power station sat idling for most of the year, then we do need to consider that option.
Then there is also the fact that a third of Brits are needlessly pissing money away by way of our housing stock being absolutely rubbish at retaining heat. It makes no sense to build another power station when very simple and cheap insulation innovations can make the difference.
And thinking about it, my fridge only ever contains an old decaying half onion, a pizza, a pint of milk and a jar of mayonnaise that should have been thrown away months ago. I suspect I'm not alone in that. If there are simple, non-intrusive means of moving beyond such waste then we should. As to the size of televisions, I've been trying to persuade people to reduce the size of their television to zero. Best thing I ever did. That said, the large flat screens we have now are massively more efficient than an old 15 inch cathode ray tube. The market will take care of that aspect anyway.
I take the point that if we left it in the hands of eco-zealots they would herd us all into mud huts and force us to turn vegan, but the fact of the matter is that we have left it far too late to renew our antique grid and energy infrastructure, and now we do need to consider all creative solutions for using less energy. That should be a goal anyway in that our national grid is an archaic concept, not very efficient and pretty ugly in terms of what it does to our countryside.

Wouldn't it be nice to be rid of all these pylons, coal slag heaps, masts and stupid windmills? Fossil fuels aren't going to melt the ice caps or boil the planet, but ridding ourselves of ugly energy infrastructure and creating a green and pleasant land is certainly a worthy ambition. I never took Spiked for Luddites. Certainly not a "Professor of Innovation".
Posted by Pete North at 07:33