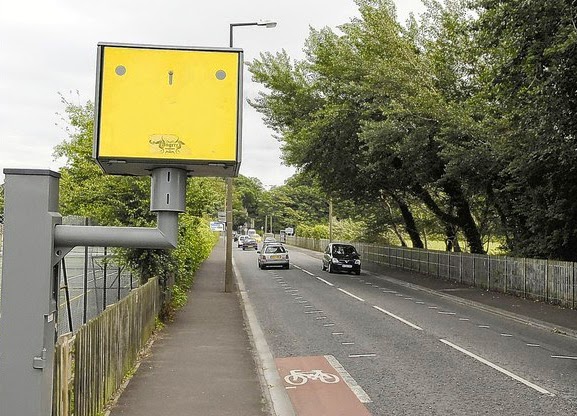 According to the Bristol Post "Fresh arguments have erupted over the effectiveness of speed cameras, after it was announced that the yellow boxes in South Gloucestershire could be turned back on." Avon & Somerset Police want to turn them back on, "despite data showing accident rates at camera sites have not changed since they have been off."

This is because Avon and Somerset Police have no interest whatsoever in actual police work, especially if it means getting up from behind a desk. All around the Avon & Somerset region police stations are closing as the force is centralised.  Even Bath is losing its police station and will now be served by Bristol. Bath is a city in its own right with unique policing needs but Avon & Somerset doesn't think so.

This is due to the effectiveness of their new policing strategy, whereby if a crime is reported and a government agency is not the "victim", they passs the buck onto voluntary organisations and close down the case without investigating.  They have discovered that if they don't look for crime, they will not find it - which explains a huge drop in crime in the region.

From now on Avon & Somerset Police will now take up a new role as a feeder agency for petty & victimless crimes courts which generate up to £10,000 in revenue per offence. Magistrates will be replaced by a speak-your-weight machine also capable of handing out fines

Community safety and public order has proven inefficient and expensive - and it's a total mugs game when you can sit behind a desk taking no risks for the same money. The plebs might whinge a bit but who are they going to complain to who cares? Not their MP, and certainly not their police commissioner.

If this model proves successful I suggest a merger with the HMRC, for it is difficult to tell the difference between the two agencies already - and if it means fewer fat, tattooed uniformed thugs on the street, then I'm all for it.
Posted by Pete North at 02:28