We will learn the hard way what democracy is 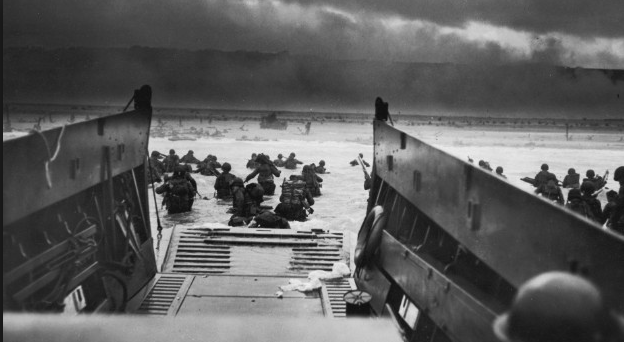 I've always said that Britain will stay in the EU for as long as it has a puerile understanding of what constitutes democracy, and will not fully comprehend that they have lost it and they need it. They will then discover that returning power to the people is not nearly as easy as it is to give away.

As present, we are only superficially aware that we don't have democracy because we are missing an essential component of a healthy democracy - a free and inquisitive press. It is not that the state censors our media, rather it censors itself largely to appease advertisers and corporate cronies. In that regard the government does not need to censor the British press.

But as much as anything it has lost its essential inquisitiveness. It is concerned only with the entertainment aspect of politics rather than the dreary business of policy. It is for that reason I look forward to the day when our newspapers go the way of the dinosaur. A fate well deserved.

But in having such a dismally inept media, decisions that affect our lives go unnoticed. We are often taken by the idea that government takes sweeping decisions behind closed doors but the ultimate joke is that they are held in the open, transcribed and published on the web. These days the best way to ensure nobody will read something is to put it on the EU website.

The diminishing few of us who actually watch regulatory affairs see sweeping changes to industries all the time, with the public being only barely aware of the more egregious examples such as the recent rules regarding vaping. As much as anything the public have similarly lost their inquisitiveness for what is done in their name. Probably through habit, having established there is little that can be done to stop them.

With surprising regularity we see rules made at the very top of global governance approved and rubber stamped with little or no scrutiny and then waved through by a toy parliament with no authority to make amendments. The authority exists in theory only. That which is agreed at the global level cannot be undone.

In this we see laws made which at the stroke of a pen can wipe out entire sectors or prevent innovations and not a peep is heard. And so while we have voting rituals to appoint ineffectual apologists, we have no real control over what is done in our name.

Moreover, what makes the EU different from any other body is that the unelected commission has right of proposal and right to refuse proposals from member states. It is therefore a body with extraordinary powers yet it has no mandate of any kind.

Between the commission and the European Court of Justice, officials and judges can rule on what is and is not a an exclusive competence of the EU - and routinely abuses legal definitions in order to afford itself more powers over member states and more power to revoke our rights at the global top tables where regulations are now made.

Such has been the case for so long that we now passively accept impositions and intrusions and few ever ask where they came from or why. We just assume that the presence of MEPs means that at some point there is some loosely defined democratic activity going on. There isn't. The rules are made at the global level, very often made by corporates and NGOs and global trade coalitions with no mandate from anybody. The only unions present are those there on licence from the EU.

And this is why the EU is all the more worrying. The WTO Agreement on Technical Barriers to Trade says "Where technical regulations are required and relevant international standards exist or their completion is imminent, members shall use them, or the relevant parts of them, as a basis for their technical regulations"

Not the use of the word "shall". As much as we have handed power to our MPs, they have handed it to Brussels and they in turn have handed over the power to global regulators, completely removing any public scrutiny from the law making process. Member states have their right of reservation removed, they have no independent vote and must vote the way they are told.

The excuse we are given is that the Council of Ministers is made up of people who are elected and they have a vote therefor this is a democracy. Britain can be entirely overruled by politicians they did not elect who are not acting in the interests of Britain (or even the EU) and though you can point to the empty voting rituals and say there was a vote, in a system where the sixty five million inhabitants of this island can be ignored, without right of refusal then by definition we do not live in a democracy.

And this is why I call the EU a silent assassin of democracy. A Potemkin Village designed to deceive. And by depriving us of the choice to refuse our government we are deprived of the ability and opportunity to innovate and so by the same measure it is also an assassin of prosperity.

In so doing it is eroding the unity and stability of Europe - and as people become increasingly aware that they are passengers in their own lives, without power, they become increasingly resigned but quietly resentful. This is why each wave of populist protest parties gets stronger each time.

For sure the elites can use the might of the institutions and the media to win their referendum and keep hold of the power, but in so doing are adding further fuel to the fire. They may well have discredited the utterly useless Ukips of this world but they have done nothing to quell the sentiment behind them. And that is why the future of British and European politics is set only to become more toxic.

You have heard me in the past define democracy as people power, from its literal Greek translation. The key part is the "demos" aspect - the people. You cannot, as we discovered in Iraq, define a demos by the lines you draw on a map or by the institutions you impose on them. A demos is self defining.

In that regard, it comes to one estimation. What would you, if push came to shove, be willing to die in muddy ditch for. And that is why the EU can never be a democracy. Nobody when exposed to the truth about the EU would lay down their lives to protect this artificial construct which represents nobody but itself. It is that which is the true test of whether the EU has a soul to speak of. It doesn't. There is no demos - and the peoples of Europe have no control over the EU entity. They have only protest - and protest without power is impotent.

And that is why Europe will tear itself apart under EU rule. Sooner or later we will discover that we are wholly impotent, and will discover that we do not have the means to institute new Government. We are already there in fact. It is only a matter of time for this temporary peace and stability comes under threat, not from external forces, but from those forces internally for whom the ends justify the means.

And it can only end in fire. Because it always does. We have been given one chance and one chance only to pull the lever to send the process of power transfer into reverse. We will not pull it because we live in fear, denial and self-deception. We would rather tell ourselves the lie that things can go on as they are without rocking the boat. And that is why we will have to learn the hard way what democracy really is and endure the misery of being without it.
Posted by Pete North at 12:49