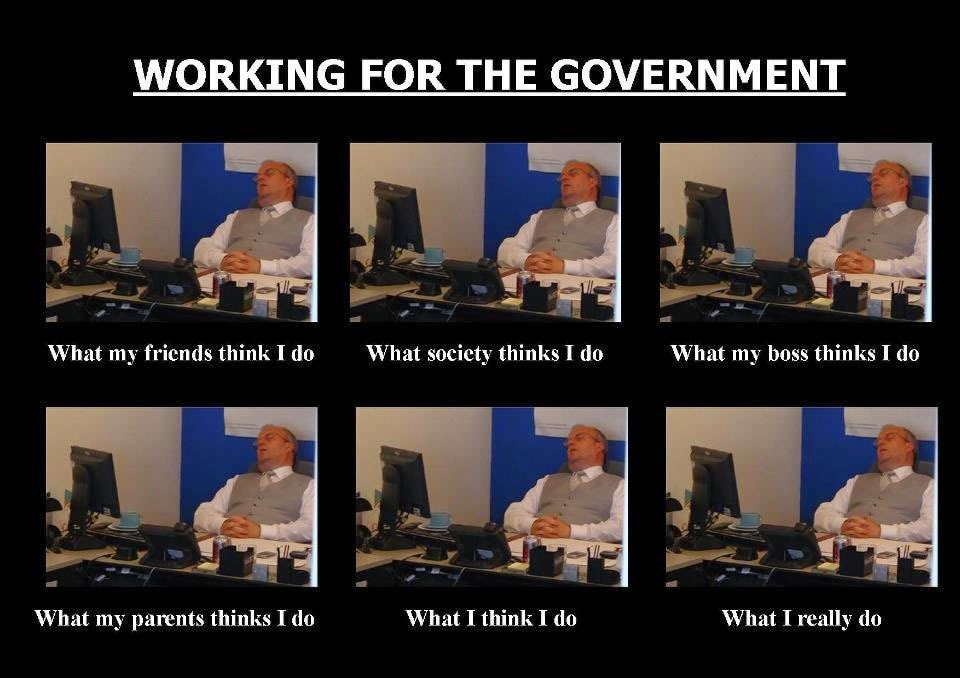 To my surprise I've found myself on the wrong side of a few people when I say the Rotherham scandal isn't much to do with multiculturalism, political correctness or Islam. I think what we are seeing here is symptom of a much deeper malaise in governance.

The suggestion that multiculturalism the primary culprit misses a crucial factor. Bureaucracy. As much as political correctness has departed from reality in many respects, a lot of it exists for a very good reason. Or at least there was a time when it did. There was a time when the workplace was rife with racism, prejudice and discrimination of all kinds and educating people that it's not ok was necessary. The public sector is the one place where government has reach and that is where it has to set the standard. It has worked. And that's a good thing.

But there's a problem. Bureaucracy never knows when to quit. We have a quangocracy across the board producing ever more stupid initiatives to justify their existence long after they have ceased to be useful. Self-perpetuating bureaucracy for its own self-interested sake. The green establishment works in precisely the same way, resulting in statutory reporting requirements which means mechanisms to record and measure, which means more people going looking for signs of something. As it goes down through the chain the intent mutates as it's often executed by thick as pigshit public sectoroids who shouldn't be trusted with even a TV remote.

This is what happens when you have local authorities as managerial agencies of central government. The system cannot cope with individual actors using innovation and initiative to solve problems outside of the proscribed way, thus as it matures, we see a brain drain from the public sector leaving only the sort of people who thrive in box checking cultures.

This is why police and teachers are leaving the profession in droves leaving only the dregs behind. That's why we have failing services and that's why they are unable to cope with cases like this. Few among them any longer have the capacity to think. Worse still it is a self-fulfilling prophecy. Central government agencies run by London graduate high flyers know just how thick and parochial our town halls are and consequently don't trust them to run their own affairs. And I don't blame them at all for thinking that. This then means the procedures and process become tighter, more restrictive and more proscribed, with some statutory obligations carrying fines for non-compliance.

If we want effective public services which are capable of responding to highly localised problems, then we need local authorities who can adapt according to the mission. This cannot happen if government is a top down initiative where standards are codified into statutory procedures and practices which give councils very little room to maneuver. Often we see parallel operations in any bureaucrat where there is one operation to satisfy the statutory requirement and another to actually get the job done, which could not be done were it to follow process. The result being chaotic replication and everything is fudged to get things to work.

The more restrictive a process becomes, the more unintended consequences pop up which in turn trigger new restrictions and it becomes game of whack-a-mole, to the point where only the most ridiculous option is allowed because nobody thought to ban it. Any system administrator will tell you that there is a constant asymmetric battle with users to stop them doing stupid things and users always beat you with their initiative for bypassing policy. The result being activity that is not monitored at all with a massive back office of inspectors and auditors inspecting and auditing each other. The culture this creates is one whereby nobody is a responsible for anything and nobody is accountable to anybody which is precisely the opposite of what it was intended to do.

So what's the answer? The assumption is that central government is the best auditor and inspector. It isn't. We are. The customer. The public is the best watchdog. Therefore we the customer need more say in how things are run. By breaking the hierarchical system of government we break the means government and NGOs have of dictating policy and procedure, allowing councils to collaborate with each other and hire the people they need to do the job they think needs doing rather than placeholders to satisfy some regulatory requirement.

At present we have public consultations but councils may only react within a very narrow framework which means the findings of consultations are seemingly ignored. It is not that they are ignored wholesale, only that there is only so much within the power of local authority to change. Because there is no public veto on local government spending, and only minimal and inadequate democratic oversight, councils are a law unto themselves and stuffed to the gunwales with kleptomanics and snivelling jobsworth beancounters. Nobody with a spark of life or initiative could or would work in such an environment and certainly not for the money on offer.

The inevitable consequence is a sprawling and bloated empire, full of competing smaller empires, each playing for larger slices of the pie, with no consequences for failure. Little wonder then that we keep seeing the Rotherhams, the Hillsboroughs and the Staffordshires. Islam isn't a common theme, multiculturalism isn't a common theme, but a culture of denial, procrastination and shirking of basic obligations and human decency is. You want to stop another Rotherham? That's where to start.

That is why we need The Harrogate Agenda.
Posted by Pete North at 16:36