Flooding: the anatomy of failure 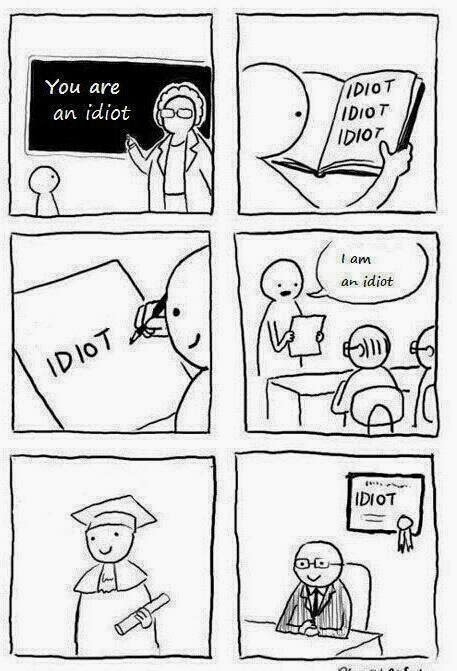 Before I start, I would like to point out that some of this article is made from recycled, renewable material, as some of my readers may notice.

If ever you wanted an example of how lightweight our drive-by media has become, it is the coverage of the recent flooding.  The more egregious examples come from the Mirror which squarely and predictably takes the simplistic "Tory cuts" line in furthering it's own moronic agenda.  But perhaps the biggest disappointments have been from people who really ought to know better.

Simon Jenkins is more often right than wrong, or at least not as wrong as the rest of the vessel for which he writes, but the notion that no-one is to blame for the floods seems to be a recurrent theme among those who cannot trouble themselves to take a more nuanced look at the matter.  Similarly Rob Lyons at Spiked offers a similarly lightweight article, albeit not entirely wrong. And while one could not disagree with Brendan O'Neill, this is the obvious and easy approach to the story.  Scratch the surface of the story and the link between "climate change" and the floods becomes so completely fatuous, it seems barely worth the effort to say so.  If one really wants the low-down on that, you can ask one of the nerds over at WUWT.

It is especially disappointing to see Spiked drop the ball on this one because it speaks to a number of recurrent themes on their site.  Rob Lyons's central premise is that "There's something backward about the hunt for the one thing or person who might be blamed for England's flooding.".  To me this is a lazy and incomplete assessment of the facts at hand.  There is plenty of blame to go around, but the multi-faceted issues surrounding the floods are not in isolation of each other, and they are symptoms of a disease, not the disease itself.  This is a failure of policy, and a failure of governance, and it starts in the Somerset levels, with just one simple picture.

From this picture, you can see that maintenance of the waterways, particularly dredging, has been completely neglected.  The question is why?  We have documented this in detail over on EUReferendum.com whereby drains, ditches and rivers have not been cleared as part of the Habitats Directive, along with other regulatory interventions governing the disposal of river silt, too complex (and dull) to go into any great detail here.

The first conclusion you may reach is that we are blaming it squarely on the EU as Ukip would have it.  Not so.  EU regulations are not plucked out of the air.  As Richard North has written at length, regulation is often written by agencies of the UN, nations states, NGO's and international committees.  The EU is merely the mechanism by which they become law and the EU is not at the top of the food chain.  In many respects, unelected, unaccountable NGO's are.

Insomuch as the environmentalist agenda is a useful tool for national governments and the EU to grab ever more powers, NGO's have a significant role to play for them, in that they are the fig-leaf of grass-roots approval.  Hence why the EU uses our money to fund Friends of the Earth and a myriad of other famous (and not so famous) NGO's.  The NGO's are not just embedded in government, but also in academia and schools.  There is good reason for that.  The children of today are the "experts" of the next generation. Spiked has repeatedly made the case that NGO's are corrupting the curriculum, and who could disagree? As a child of the eighties, we were spoonfed NGO's from an early age through BBC Comic Relief and Blue Peter, and Oxfam propaganda packs could always be found in schools.

What all these poverty concern and environmentalist NGO's share in common is that of the Leftist, Malthusian mindset, which is beautifully characterised by Brendan O'Neill in The Guardian and elsewhere.  By maintaining an iron grip on education, they have engineered an academic class of "experts" and teachers who speak to that same agenda, some knowingly, some not.  Nowhere is this more evident than in the debate surrounding the Somerset Levels.

The conventional academic view of dredging is that speeding up the flow of rivers increases the erosion of riverbanks, and causes flooding problems further downstream.  These are entirely plausible statements, and in the context of the River Severn or the Thames, they carry some water.  However, the Somerset Levels are an entirely man-made agricultural system where the normal rules of hydrology don't necessarily apply. Man-made drains require regular clearing.

What we discovered last week was that the Environment Agency (also stuffed to the rafters with the product of our NGO ridden education system) had made the decision to deliberately surrender parts of the Levels to flooding as part of it's policy of "Water Storage" (deliberate flooding) and "Managed Retreat" (doing bugger all) for the sake of "restoring" wildlife habitats.  Now that the public, who were never consulted, are demanding action, the EA has plenty of rent-a-quote flapping mouths to wheel out onto the BBC Politics show.  We have clown car full of experts to draw upon, all singing from the same hymn book.  In this instance, the NGO influenced Janet & John Book of Hydrology, saying that dredging would have made little difference.  Exactly what the Environment Agency wants to hear.  Even the great Moonbat sticks his oar in.

I have also had the misfortune of bickering with a PhD student of Hydrology (who arrived at the same dullard conclusion as Simon Jenkins) who actually said in the comments "As a tax payer my personal opinion, based on my scientific knowledge, is that dredging would be a massive waste of my taxes and not only that, it would give floodplain residents false security."

As ever the "experts" have demonstrated an extraordinary ability to soak up information without question, but very little capacity to think and analyse. His knowledge is of generic theory, not the reality of the Somerset Levels. Eventually, the man-made rivers, if not dredged again, will choke up completely – because they are not natural watercourses. If he is saying dredging makes no difference to flooding in the Levels, then he is essentially saying the people who built the River Huntspill and the King's Sedgemoor Drain in the first place were wasting their time, and didn’t know what they were doing. As a mere layman I am accused of ignoring the experts, but it is he and his ilk who are disregarding the real experts, not I.  How we got to a state where academics lack the capacity to think is too big a discussion for the scope of this piece, and perhaps I will explore that another time.

Every aspect of our society has in some way been contaminated by the transnational NGO agenda.  At this point, I must take a slight tangent to properly contextualise this phenomenon.  The climate change religion and it's army of NGO priests has its tentacles in just about every area of policy.  Nowhere is it more obvious than in the energy market.  James Delingpole, Christopher Booker and many others, (myself included) have been banging on about the consequences of the Large Combustion Plant Directive for years, which has essentially forced an energy supply gap upon us, quite deliberately, for a number of reasons.

Insomouch as the EU wants a single European energy market and an EU wide super-grid, the driver of this is Co2 reduction.  The ethos behind deliberate shortages is to bring about emergency measures for "demand side management".  This is essentially Orwellian doublespeak for energy rationing through smart-metering, with the overall aim of reducing our carbon footprint. Deliberate shortages are part and parcel of how the EU creates a crisis in order for the EU to supply the solution.  It is what we now know as the "beneficial crisis".

This dynamic comes into play with the flooding in Oxfordshire and Windsor.  These places have flooded before, but these areas are also susceptible to droughts.  There have been submissions in 2002 and 2007 for an extra five reservoirs which got as far as planning, but again were rejected on the basis of on overall EU policy to manage demand, rather than meet supply. (ie make us all go out and buy super efficient washing machines and take communal showers). These could have been used as run off storage for flood prevention/mitigation.

Floods are nothing new but as we become a more densely populated country, our flood management strategy needs to keep up with the times, but has been hobbled by competing agendas, inter-agency bickering and an overall Malthusian EU strategy of "managed retreat". - Something that is worked into the academic curriculum, which perversely balances the needs or wildfowl with our need to eat.  By the same token, they demand we cut down our food miles and produce food locally for "food security", yet in the same breath are happy to write off huge tracts of prime farm land to the sea.

All of this stems from the belief that mankind is destroying the earth and that we have reached our peak as a species and can not be permitted to grow any further.  That is the prevailing idea of our time.  At one time we spawned engineers like Brunel who wanted to open up far reaches of the country (and the world) to the people, and to open up new markets.  Now the engineers we breed are set the task of reversing his work; to ensure we travel less, consume less of what we enjoy, and know that our place in the universe is secondary to wildfowl and badgers.

What we are looking at here is an imposition of global governance at UN and EU level, implemented by the Environment Agency, essentially a policy implementation unit of the EU, which is separate from our own government. Once the media caravan moves on, things will revert to normal, with the EA taking visible remedial action - but only within the constraints of the laws that got us here in the first place. Nothing in policy will be changed, or even up for negotiation.


The EU has assumed competence and legal supremecy over what were perfectly adequate regional authorities, who by contrast knew what they were doing, because their management techniques were tailored to the specific needs of each region, but because the real culprits will not be identified by our lightweight, superficial media, we will be back here next year as the Levels once again give way to the rains.

The individual and diverse problems that brought about these floods, are merely the symptoms of a diseased mindset, which starts in the UN and feeds through to the EU. Until we address the democracy deficit, and the lack of constitutional constraint, we will get nowhere.  What is wrong with the Environment Agency is the same thing that is wrong with every other ministry or quango; government operating to a foreign agenda without transparency, accountability or democratic consent. THAT is your culprit, and if we don't get serious about that, then everything else is just waffle.
Posted by Pete North at 19:47